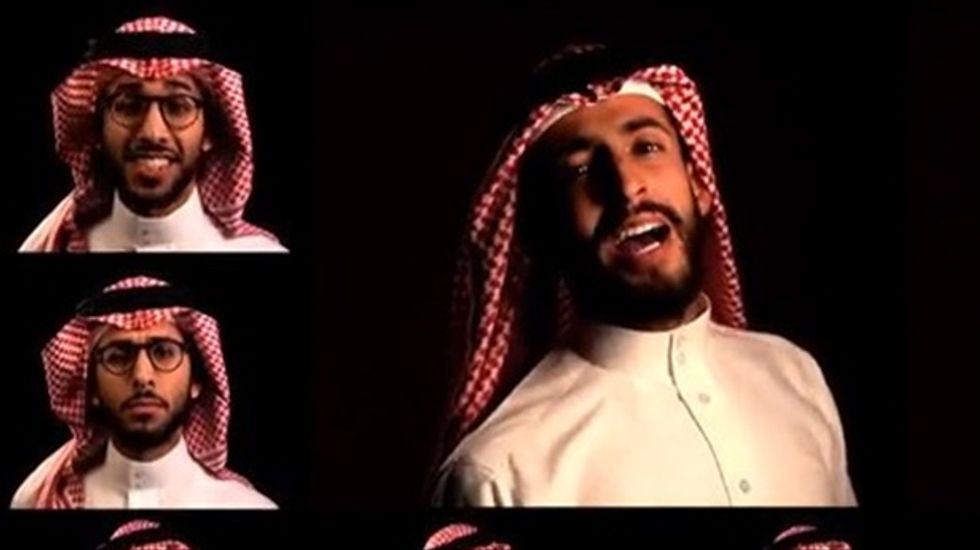 A Saudi video mocking the kingdom's unique ban on female driving has gone viral, featuring a male performer singing "no woman, no drive", an adaptation of Bob Marley's famous song.

Nearly 3.5 million people had seen the 4:15-minute video by Monday, two days after the adaptation of the reggae legend's "No Woman, No Cry" had been posted on YouTube.

"Say I remember when you used to sit, in the family car, but backseat," sings Hisham Fageeh, a Saudi who introduces himself as an artist social activist, dressed in traditional white thawb cloak and checkered red headgear.

The video that sarcastically tells women not to consider getting behind the wheel was posted on the day set by female activists to launch an new campaign to defy the kingdom's ban on women driving.

At least 16 women were stopped by police while at the wheel on Saturday. They were fined and forced along with their male guardians to pledge to obey the conservative-kingdom's laws.

Fageeh goes on to mock a claim by a Saudi cleric that driving would hurt women's ovaries and bring "clinical disorder" upon their children.

"Ovaries are safe and well, so you can make lots and lots of babies," he sings.

"In this bright future, you can't forget your past, so put your car key away," the song continues.

Women who in the past have defied the ban, which is not even enshrined in law, have run into trouble with the authorities.

In 1990, 47 women who got behind the wheel in a demonstration against the driving ban were stopped by the authorities.

In 2011, police arrested a number of women who defied the ban and forced them to sign a pledge not to drive again.

Saudi women are forced to cover from head to toe and need permission from a male guardian to travel, work and marry.

The New York Arab-American Comedy Festival this month introduced Fageeh as an up-and-running stand-up comedian who performs in Arabic and English.

On his YouTube account, "HishamComedy", Saudi-based Fageeh has posted many of his earlier videos, including 16 episodes of "Isboiyat Hisham," or Hisham Weeklies, including some reflecting on the lives of Saudi students in the United States.

"A simple contribution by me and my colleagues on the occasion of the" women driving campaign, Fageeh wrote on his Twitter account, on October 26, referring to his latest release.

Watch "No Woman, No Drive," as posted by Alaa Wardi on YouTube, below.