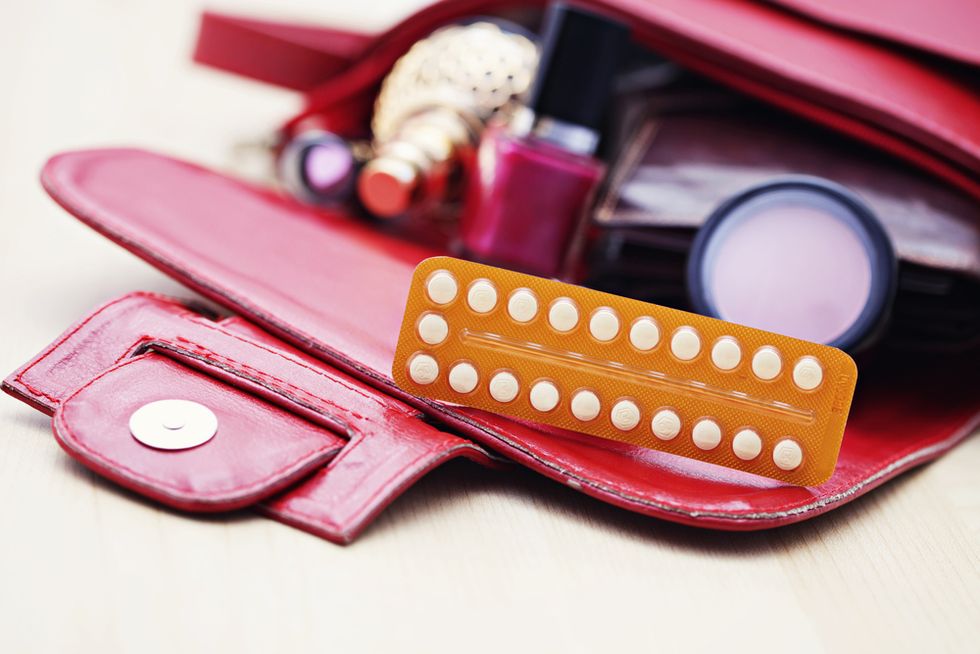 This image keeps more and more conservatives up at night. Is it any wonder that contraception clinics are being targeted for terrorism?

Thanks to the folks tweeting at me about Jedediah Stout, the 30-year-old man accused of trying to burn down a Planned Parenthood in Missouri. The state is now saying he confessed, and not just to the arson attempts at Planned Parenthood, but also to two other arson attempts on mosques, one of which was successful. Before that, he was denying the charges, and I don't know why, but I find his attempts at denying it really funny:

Stout was walking along railroad tracks at Ninth Street and Minnesota Avenue about 11:15 p.m. on Friday, Oct. 4, only a few minutes after an attempt to start a fire on the roof of the Planned Parenthood office. He told police he had been drinking and was out for a walk.

I want to know if he planned ahead of time to pretend he was drunk in order to throw them off, or if that was something he came up with on the spot. There's something deliciously weird about it either way, since, you know, the people who attack abortion clinics are moralizing anti-sex nuts, but apparently teetotalers are a kind of moral scold they won't even associate themselves with.

Doug Barry seems amused at this little detail of the whole thing:

Stout’s first appearance in federal court is scheduled for Monday, though the motive for his alleged arson attempt is unclear. Assuming for a moment that Stout is the sort of unstable anti-choice zealot who thinks Baby Jesus is a power-hungry god that derives his magic energy from the number of infant humans on Earth at any given moment, the kicker in this story is that the targeted Planned Parenthood clinic doesn’t even perform abortions.

I don't see why that's the kicker. At this point, who doesn't know that anti-choice zealots are just as anti-contraception as they are anti-abortion? As Barry notes, this isn't even the first attack on a clinic that provides contraception and not abortion. While it's always fun to think the non-geniuses that get sucked into anti-choice bullshit just can't be bothered to know if the clinic they're targeting even does abortions, I think the likelier explanation is they know and don't care. It's possible that he's convinced himself they're doing secret abortions or something, of course, but anti-contraception rhetoric is on the rise. This sort of thing seems inevitable to me. It's worth noting that he targeted mosques as well. It's important to remember that people who do this sort of thing are generally right wing ideologues across the board. Eric Rudolph targeted the Olympics and gay clubs as well as abortion clinics. Scott Roeder has all these weird anti-tax beliefs and other right wing paranoias. There's a tendency to talk about anti-choice ideology as if it's disconnected from the tapestry of right wing fanaticism, but it's really not. Which is all the more reason to think anti-contraception belief is becoming more of a motivation for anti-choice zealots.