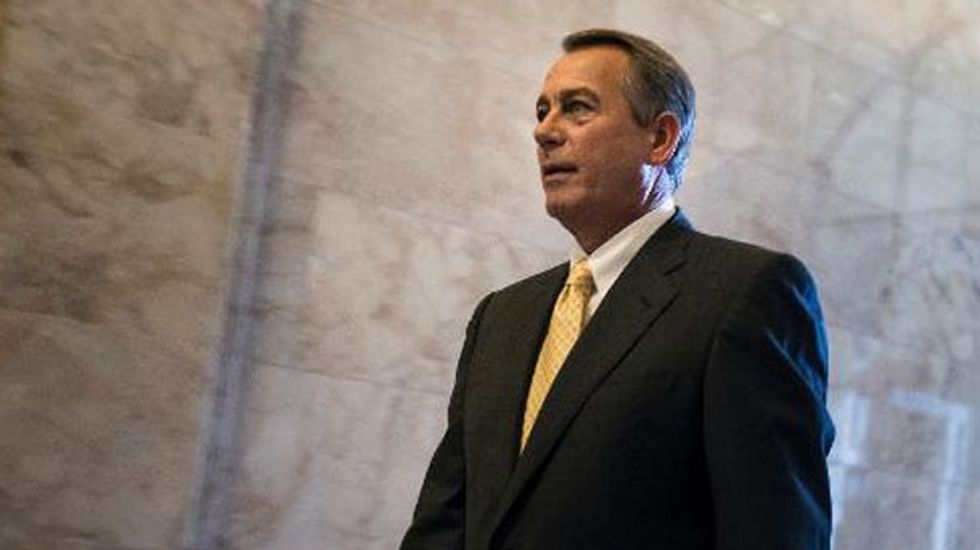 "Take a vote, stop this farce and end this shutdown right now," Obama said during a fiery speech in the Washington DC suburbs.

Obama said that Boehner could reopen the government and send hundreds of thousands of people back to work "in just five minutes" by passing a temporary operating budget with no partisan strings attached.

"Speaker John Boehner won't even let the bill get a yes or no vote, because he doesnt want to anger the extremists in his party," Obama said.

"That is what his whole thing is about."

"There's a simple way to prove it. Send the bill to the floor, let everybody vote."

"It will pass. Send me the bill, I will sign it. The shutdown will be over and we can get back to the business of governing and helping the American people. It could happen in the next half hour."