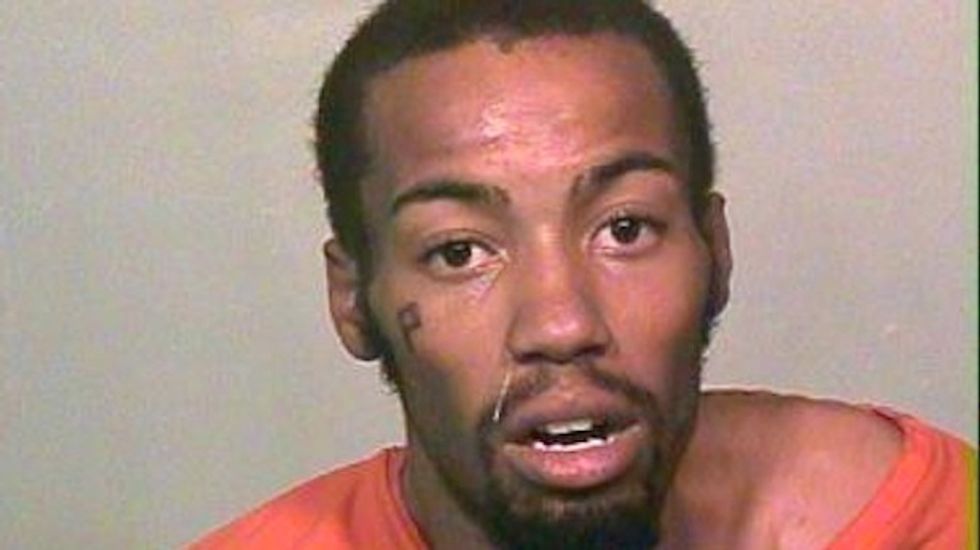 An Oklahoma City man told police he “wasn’t gay, just high” when a “homosexual demon” ordered him to set fire to his apartment with a burning Bible.

Police said they were called Thursday to the apartment, where they found 22-year-old Jeremy Jarnell Anderson “going ballistic.”

A neighbor called authorities to report a man with a bloody face had kicked a heavy door from its hinges, poured salt and soap all over himself and broke glass and other items.

Police said Anderson was “clearly out of touch with reality” when they arrived and saw him covered in blood and screaming on the building’s front porch.

Officers used a Taser stun gun to attempt to subdue Anderson, but they said he ripped the probes from his skin and told police to put down their weapons and fight him.

Police used a sledgehammer to gain entry to the apartment, where they found the walls and floor covered with blood, bleach and other, unspecified substances.

They also found a small fire near the stove that was filling the apartment with smoke, and Anderson later told them he was “cooking the Bible” because he was a Satanist.

He also told police after he was arrested and hospitalized that he’d met a “possessed homosexual demon” who wanted drugs from him and performed sexual acts on him.

He told police that he would have shot and killed his neighbors and police if he’d had a gun during the incident.

Authorities charged Anderson with first-degree arson, and he could face additional charges.