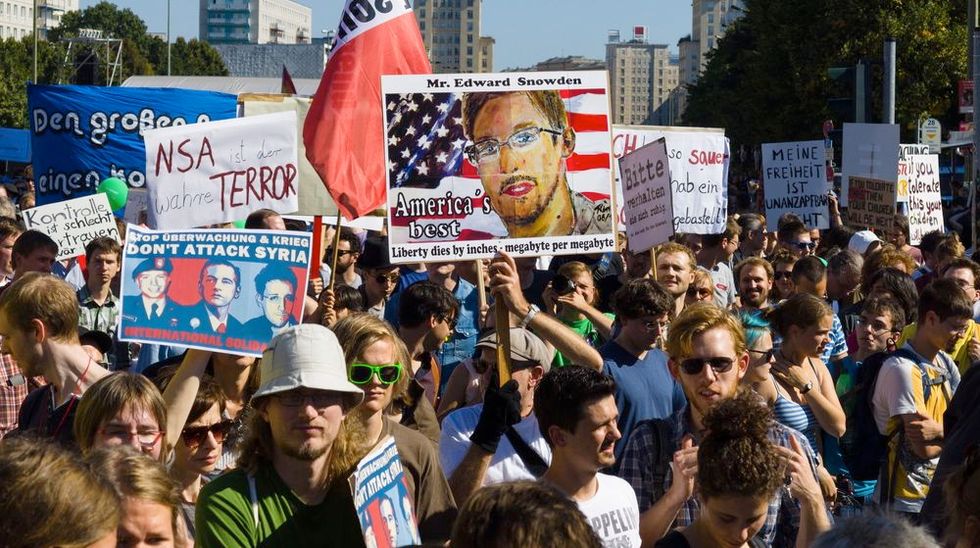 This a response to a piece by Ian Welsh  on the failure of the progressive blog movement.  It is written by Jerome Armstrong -- founder of MyDD and co-author of Crashing the Gate.

I didn’t see Lieberman’s 2006 win in quite as pinnacle a light at the time, and it certainly wouldn’t have been, had we followed it up more often, and won.

Yet I certainly peg the crux of lost movement with the rise of Obama’s campaign. It was an awful place to be in with Clinton vs. Obama, in the 2008 primary. My basic impulse (after Edwards –who had the populist message– imploded) was, like many bloggers (not the masses), to go with Clinton because she at least showed signs of being accountable to the Netroots movement, unlike Obama. He didn’t need the Netroots for his message and candidate-movement, he had places like Politico to push out of, and was basically an identity-politics cult for many new to politics that flooded the blogs.

But, I view the clincher happening a bit later, with Bill Halter’s loss in the 2010 Democratic primary in Arkansas. That is when it really ended. The whole Labor-Netroots coalition, Accountability Now, the blogs went all-in big (still barely united) with MoveOn and PCCC. Over $10 million to defeat a BlueDog that gave us this crappy corporate ACA debacle. But Obama did all he could behind to the scenes to defeat Halter. Obama dissed Lt. Gov Halter by embracing Lincoln (Michelle Obama once came to Fayetteville and recognized all of the politicians on the stage — Lincoln, and even Republicans — while ignoring Democratic Lt Gov Bill Halter standing behind her). Obama mailers pushed the LR area African-American vote into Lincoln’s camp in the run-off. Lincoln was a rural democrat– a base of voters that Halter took away from her. Obama being just neutral would have meant a Halter victory. But it wasn’t just the Lincoln victory, it was the way that national Democrats reacted to Halter’s message that convinced me the movement was finished. It took the attack site that we put up, BailoutBlanche.com, for me to see clearly what had happened.

This rising against the Democrats that aligned with the banks was the defining issue if this was to be a populist progressive movement within the party in 2010. We rolled it out with Bill’s campaign, and it struck her hard. Halter’s numbers soared among rural Democrats, taking on the banks was the top polling issue. Halter was gaining on the issue, overtook Lincoln, and the Democratic Party backlash against him was immense (it’s when Obama got involved heavily too). Halter buckled, and made us take down the website. A symbolic cave. Lincoln won the run-off by 4 percent.

Another flawed candidate progressives sided with? Sure, but it really didn’t matter in the big scheme of things. When Democrats sided with the banks in 2008, and the progressive movement balked at primary challenges against those bankster-sponsored incumbents in 2010, it was all over.

The night of Halter’s loss, I sunk into a couch at the Excelsior in Little Rock across from PCCC’s Adam Green and Stephanie Taylor. We all just slumped over speechless. So yea, contrast that with the highpoint party we had when Lamont defeated Lieberman in the ‘06 primary in Connecticut– when MoveOn’s Tom Mattzie was busting open the biggest champagne bottle I’d ever seen. This is where we arrived 4 years later. When, after having $10M to spend in a primary against a incumbent that sided with the banks and defeated the public option in the Senate, all it proved was that the sitting Democratic President was against us.

I would agree with your general basis of criticism, that of our movement being non-ideological to a fault, but I am not convinced that is a defining feature of the reason for the failure. First, we just have to recognize that Obama (and Clinton, for that matter) are hugely compromised politicians. Flawed liars, and the most responsible for the failure of enacting a “progressive” agenda. And second, that the Democratic Party as an establishment voice can be summed up pretty much the same way. Wellstone and Feingold are gone, and no one else has stood up.

You know, when Markos and I wrote Crashing The Gate, just when we finished the draft, I had an OMG moment, saying to him–”you know, we haven’t said at all what we meant by ‘progressive’ throughout the book.” I threw in a link in the footnotes to something about it moving things forward, but really, it made me pause to wonder at my faith that they meant what we meant. So, I’ve had to accept the failure to grasp that insight. We thought it was just about using tough tactics and the rest would follow. Because we knew it was the moment for the Democrats to have a massive majority. Fuck, weren’t we naive?

I left the Democratic Party after 2010– threw away the whole Gravy Train Democratic consulting gig. Sure, I didn’t like the way that my entire world got dropped. I too put some years into it. As a sort of cleansing, last cycle I went to work helping to primary some incumbents in both parties for a rich Texan PAC, and managing libertarian Gary Johnson’s internet campaign. I felt a lot clearer and cleaner having done the partisan purge. It made me realize that libertarians and progressives have a lot more in common than do either libertarians with the Republican party or progressives with the Democratic party. I’ve also come to believe that this alliance is where the next movement is. It scares the shit out of the major parties, and the Government as a whole.

Yesterday, I was out on the DC Mall with this alliance. Against the surveillance state. Syria was another moment. SOPA also, and Audit the Fed. It’s a paradigm shifter, and it’s going to happen more and more. It could turn into something even bigger.

The alliance of progressives and libertarians (lets call it that for lack of a particular name for now) isn’t, for the most part, going to attract the purity-partisan types, the Democratic socialites like Tom Watson or Joan Walsh, or Daily Kos (though maybe Markos will get around to writing his “Libertarian Democrat” book and make a sea change there), but it’s going to happen regardless.

The oomph of the Democratic party in the blogosphere today can be summed up with a cursory glance at posts and comments on Balloon Juice, Little Green Footballs and Booman Tribune. They bend over backwards to justify the party bailing out banks, the nation going deeper into debt with global military expansion, and spying on citizens, yet they’ll nitpick that a libertarian is willing to allow abortion to be a state issue. They are more concerned with attacking truth-tellers like Julian Assange, Glenn Greenwald, and Edward Snowden than they are keeping anyone accountable or demanding transparency. That’s what they are really good at– justifying why the powerful should stay so and attacking the ones who challenge power. And, if needed, providing a handy social lifestyle issue to keep the division. There’s no energy left. Nothing that inspires people that are pissed off and want change. Just finger-pointing at the other team. It’s become pointless and principle-less tribalism.

We saw a big step with the Netroots organizing last decade. It was the most exciting thing to happen within the Democratic Party in decades, but I now view it in a wider scope, without the partisan obstacle.I don’t think it’s over. It is dark. The internet is still hopeful for organizing a revolution. What I saw happen with the movement against Obama invading Syria tugged at my attention. Maybe we still could have some real transformational shifts happen, in the US and globally. I hope so. I’m counting on it to keep my sanity from making the traditional American blitz. When things get too tight, picking it all up and moving further west… to some remote pacific island. No wifi, just yoga :)

I don’t pretend that this alliance of progressives and libertarians is a cure-all or a new 3rd party movement. I also don’t think that obstacles like money or time or funding are in the way of making it grow and happen. This is available right now. The main obstacle is mental. Can you change your mind to see something different? There were way more libertarians showing up on the mall than there were progressives. Get beyond being a Democrat or a Republican. Trash that, and just be an individual willing to work with others on things we’ve in common. Life’s too short to be evolutionary stuck in partisan tribalism your whole life.

I’ve an idea for the ones like Matt Stoller, Jane Hamsher, Yves Smith, Justin Raimondo, Matt Welch and Patrick Ruffini. Imagine that 100 of us got together of these different stripes (but want much of the same thing) and figured out 5 concrete things that form an agenda of the alliance. Maybe there’s 10. Make it as much online as offline. With the common legislative agenda, right now. And then make the individuals politicians, Democrats and Republicans, pledge which ones they will back. The agenda won’t satisfy everyone, but it will focus on the big agreement rather than continue to be manipulated by the tiny agenda of the parties that keeps focus away from the things we can change. It would give us a benchmark for knowing who to work on, who to pressure, and who to replace in both parties, on these issues.