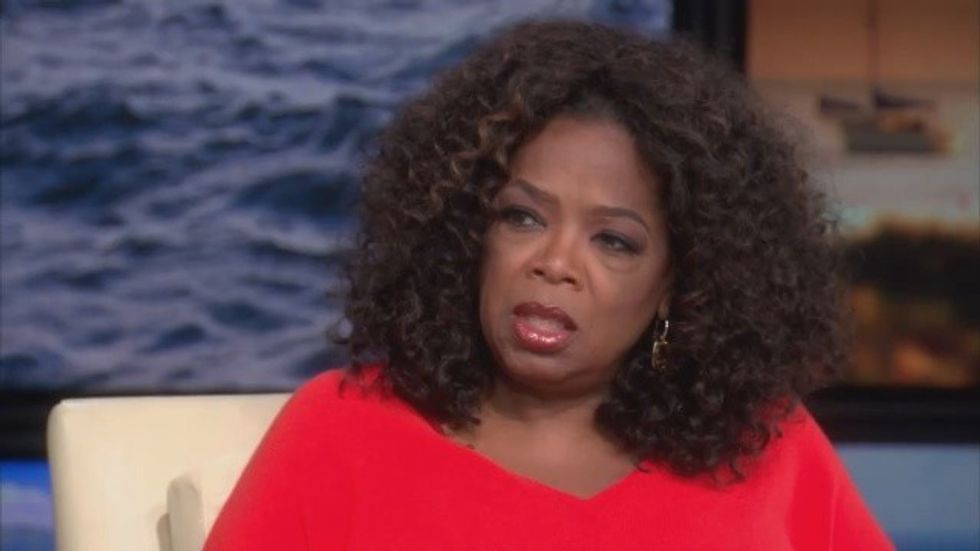 Oprah Winfrey recently spoke to atheist long distance swimmer Diana Nyad and told her that she definitely wasn't an atheist if she believed in "awe" and "wonder."

In a conversation with Nyad on the Oprah Winfrey Network's Super Soul Sunday, Winfrey seemed baffled that the 64-year-old swimmer could be an atheist and "a person who is deeply in awe."

"I can stand at the beach’s edge with the most devout Christian, Jew, Buddhist, go on down the line, and weep with the beauty of this universe and be moved by all of humanity — all the billions of people who have lived before us, who have loved and hurt," Nyad, who recently completed a swim from Cuba to Florida explained. "So to me, my definition of God is humanity and is the love of humanity."

"It's not bearded but I guess there is inference with God that there is presence, there is a -- either a creator or an overseer," Nyad pointed out. "I don't criticize anybody. Because you know what? The definition of life is, we will never know."

She added that she saw no contradiction in being an atheist and being a spiritual person.

"I think you can be an atheist who doesn’t believe in an overarching being who created all of this and sees over it," Nyad said. "But there’s spirituality because we human beings, and we animals, and maybe even we plants, but certainly the ocean and the moon and the stars, we all live with something that is cherished and we feel the treasure of it."

Winfrey agreed: "Well, I believe that and feel that so deeply. It’s why every time I enter my yard or leave, I say, 'Hello trees!'"