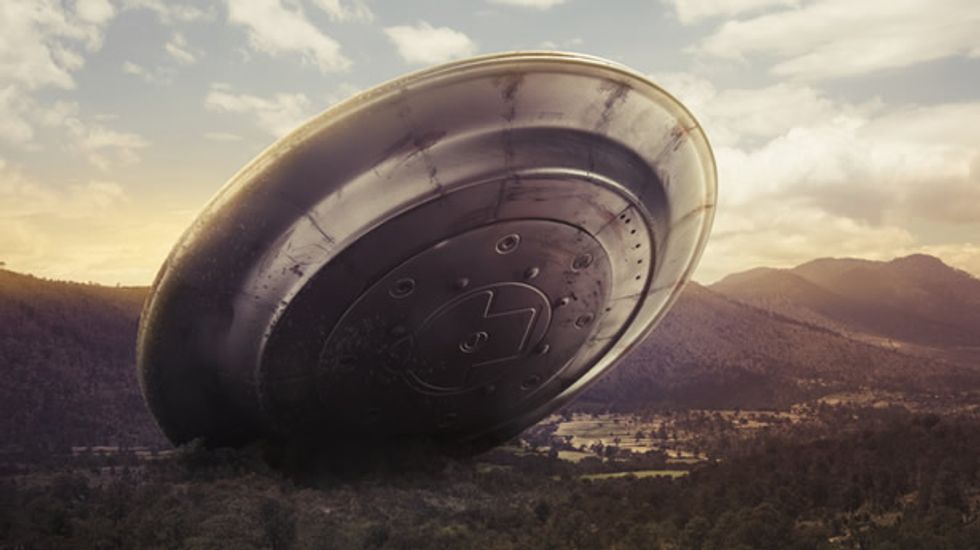 ["Ufo Crash On A Valley" on Shutterstock]

Peru's air force is reopening an office responsible for investigating UFOs due to "increased sightings of anomalous aerial phenomena" in the country's skies.

The Department of Investigation of Anomalous Aerial Phenomena (DIFAA), first created in 2001, is being revived after lying formant for five years because more UFO sightings have been reported to the media, said Colonel Julio Vucetich, head of the air force's aerospace interests division.

The unit will bring together sociologists, archaeologists, astronomers, meteorologists and air force personnel to analyse these events, Vucetich told the Guardian. "Many people don't report UFO sightings because they fear they will be labelled mad or made fun of, but nowadays with new technology – cellphone videos, Facebook, Twitter – they can be much more open, without feeling that they are the only ones who have seen what they've seen," he said.

"This new office needs those people to come and report their sightings so we can open a file and, using their information, do the respective analysis and investigation," he added, flicking through a hefty scrapbook of newspaper cuttings recording Peruvian UFO sightings dating from 1950 to the present day. Peru's Institute for Studies of Historic Aerospace is turning it into a book.

Vucetich said the office had responded to increased sightings of natural and artificial phenomena, from meteorites to "space junk" in Peru. "When you present evidence of UFOs, people can react with terror or hysteria, so we have to be very careful how we present it," he stressed.

UFO sightings are not uncommon in Peru. Two weeks ago, local media reported that villagers in Marabamba, in Peru's central Huanuco region, watched luminous balls of light in the sky over several days. Numerous reported sightings of UFOs have been made in Chilca, a beach resort 59km south of Lima. The unexplained sightings have attracted UFO investigators from around the world. One former resident, Paulina Jimenez, 82, told the Guardian how 16 years ago she saw "a huge number of flashing lights" over a bluff overlooking the resort's Yaya beach, the most regular location for UFO sightings among local residents.

"There are various locations in Peru where there are regular sightings. What's bad is that those reports have never been proven so I can't, on behalf of the air force, verify those," Vucetich said.

He added that he, too, had seen what he could only describe as "anomalous aerial phenomena". "On a personal basis, it's evident to me that we are not alone in this world or universe."

The UFO office has a telephone hotline, an email address (dinae@fap.mil.pe) and a website for reports of UFO sightings.

The revival of the UFO office will allow Peru to compare and share information with similar agencies in Uruguay, Chile, Brazil, Ecuador and Argentina.

"There are a few cultural reasons too, the public is more open-minded about the phenomenon of UFOs," he added.

["Ufo Crash On A Valley" on Shutterstock]