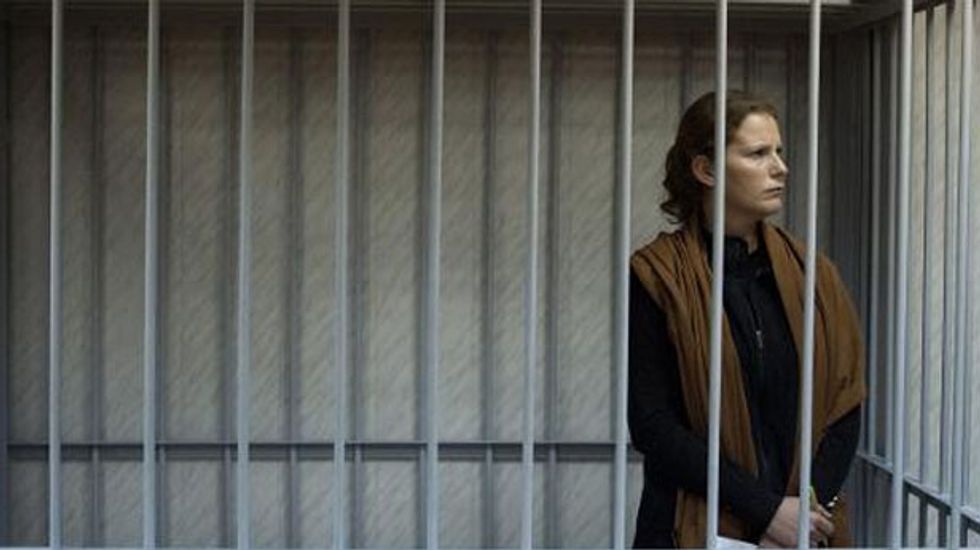 Greenpeace activists detained in Russia for an open-sea protest against Arctic oil drilling will on Wednesday be formally charged with piracy, the Interfax news agency said, citing an unnamed source.

If found guilty, the 30 detained activists could face a maximum punishment of 15 years in jail.

"They will be charged according to Section 3 of the Criminal Code's Article 227 (piracy committed by an organised group," Interfax quoted a law enforcement source as saying on Tuesday.

The source said the 30 detained activists will be charged in the northern city of Murmansk.

A spokeswoman for the Investigative Committee confirmed to AFP that the activists are expected to be charged on Wednesday but declined to specify the charges.

President Vladimir Putin last week raised hopes that the activists would face lesser charges when he said that they "of course are not pirates", but had broken international law by protesting close to a Russian oil rig.

The crew of Greenpeace's Arctic Sunrise icebreaker was detained last month over the protest and detained for two months.

They are now in pre-trial detention centres in the cities of Murmansk and Apatity, nearly 2,000 kilometres north of Moscow and above the Arctic circle.