Schakowsky blasts Republicans at anti-Obamacare hearing: 'Get over it!' 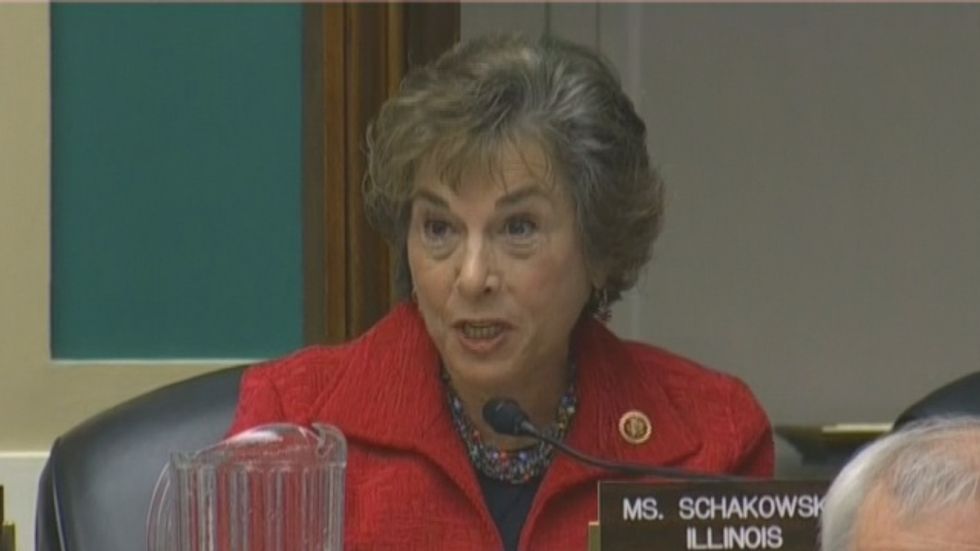 Rep. Jan Schakowsky (D-IL) had a message for House Republicans on Wednesday who she said had waged a 3-year campaign to destroy President Barack Obama's health care reform law: "Get over it!"

At a House Energy and Commerce Committee hearing called by Republicans to grill Health and Human Services Secretary Kathleen Sebelius over failures of the health care law's website, Schakowsky insisted that lawmakers should be spending their time working together to fix problems.

"I want to thank you, especially as a woman," the Illinois Democrat told Sebelius. "Being a woman can no longer be considered being a pre-existing condition, women can no longer be charged more than a man for the same coverage, women have access to comprehensive benefits -- like prescription drugs and preventative screenings and free contraceptive coverage and maternity care, which is often left out of coverage."

"You know, I want to say to my colleagues, after a three and a half year campaign to repeal, to discredit, to even shut down the government over Obamacare. I want to say, get over it!"