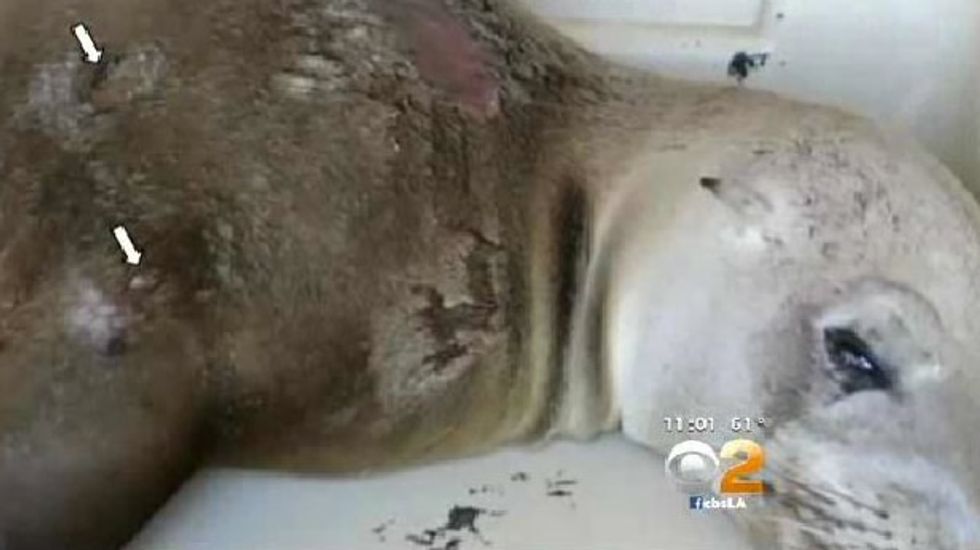 Jonsie Ross with the California Wildlife Center told CBS News that this happens because squid fisherman shine light on the surface of the water, which also attracts sea lions.

A Malibu resident reported on Wednesday that she "started hearing the gunshots. And they weren't M-80s, they weren't flash bombs. They were rifles."

Fishermen are allowed to use nonlethal methods to scare sea lions away, but not kill them, as they're protected under the Marine Mammal Protection Act.

A representative for the squid fishermen, Diane Pleschner-Steele, director of the California Wetfish Producers Association, told CBS News that none of the fishermen she knew to be in the Malibu area were aware of the shooting.

Watch the CBS News video below.