South Park allows George Zimmerman to do what he does best: 'Shoot a young African-American' 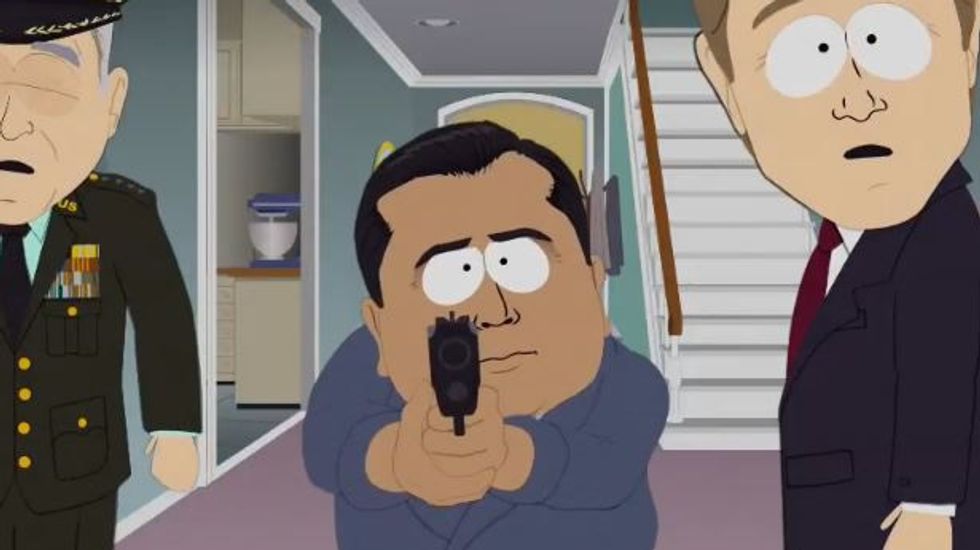 Last night's South Park marked a return to form, as the show paired a parody of the Brad Pitt vehicle World War Z with the George Zimmerman trial.

In the episode, Eric Cartman believes that the town's token black student, Token, blames him for the verdict in the Trayvon Martin case. This belief leads him to imagine that Token is "Patient Zero" in an epidemic of black violence that Trey Parker and Matt Stone equate with the zombie apocalypse from World War Z. The show mocks the Breitbart-fueled rumors of the black riots that would inevitably follow anything but a guilty verdict for Zimmerman.

The episode ends with the United States government -- which believes the rumors of an epidemic of black violence -- showing up at George Zimmerman's house and asking him to "do what he does best": "Shoot a young African-American."

After he mistakenly shoots a black-faced Cartman, Zimmerman laments that he'll "have to live with this for the rest of his life, even though [he'll] be a free man."

When an officer discovers that Cartman is white, Zimmerman's immediately arrested and summarily executed.

You can watch a preview of the episode below, or the entire episode at South Park Studios.