Sudanese woman flogged for being in car with unrelated man 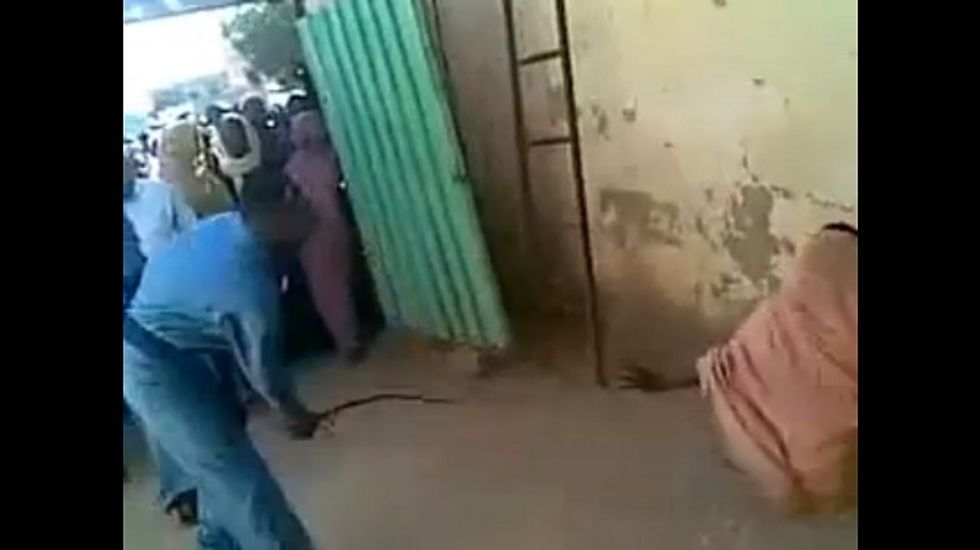 The woman in a pink headscarf kneels, crying, while a crowd gathers around her watching as a Sudanese police officer strikes her over and over with a whip. Even as she's bearing the assault, she struggles to keep the scarf on her head.

Her crime? According to accounts in the media, she had been caught in a vehicle with a man she was not related to.

For years, local women’s rights groups have called for the repeal of a law that allows police to publicly whip women they say are breaking public decency laws.

The video was posted on September 15 by a Sudanese opposition media organisation. The journalist who uploaded the video says someone sent the video to him via email, but does not know who the email address belongs to nor when the incident took place. Judging by the accent of those speaking in the video, it was shot in the region of the capital Khartoum.

The incident takes place in a courtyard – possibly at a courthouse – with a crowd of bystanders watching on. A police officer whips a woman seated cross-legged and facing a wall, all while the person filming and another person next to them giggle. At 39 seconds, an officer tells the woman, called Halima: “This is so you don’t get into cars anymore”. An Observer in Sudan who has watched the video says it is not unusual for a woman to be punished with lashes if she is found in a car with a man who isn’t from her immediate family (such as a husband, a father, or a brother).

Punishing women with lashes was written into law following the 1989 coup d’état and the arrival of Omar al-Bashir to power. However, this common practice only started attracting the international media’s attention in 2009, when journalist Lubna Ahmed al-Hussein was sentenced to flogging for wearing trousers. Since then, women’s rights groups have campaigned for the abolition of article 152 of Sudan’s law of 1991, commonly known as the law on public order, which allows for this type of punishment.