The man behind the emperor: major Augustus exhibit opens in Rome 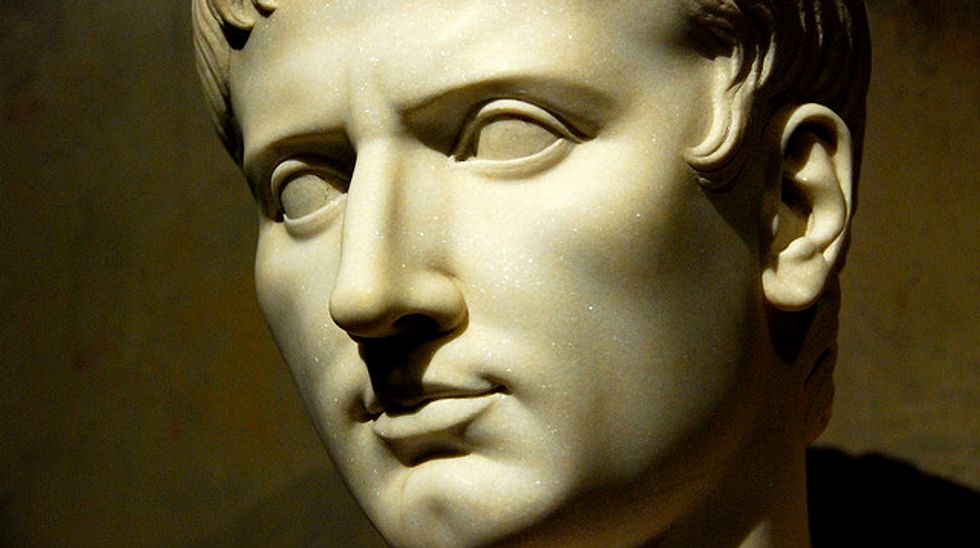 A political genius, a great reformer, a patron of the arts -- but ancient Rome's first emperor Augustus was also a family man, as highlighted in a new exhibition that opened in Rome this week.

The show marks 2,000 years since the death of the founder of the Roman Empire and the man most associated with the "Pax Romana", a period of immense architectural and artistic achievement.

"We wanted to look at the personality of Augustus beyond the official persona," said Daniel Roger, chief conservator at the Louvre museum in Paris, which is co-organising the exhibition in Rome.

Through some 200 items including statues, jewelry and platters, the exhibition at the Scuderie del Quirinale delves into the emperor's family life and tries to depict the ebullient mood of the time.

The show brings together for the first time statues of Augustus in his attire as a divine leader and as a star general, as well as an equestrian one found in the Aegean Sea in Greece and displayed in Italy for the first time.

"We know of more than 210 portraits and statues of Augustus. He was no ordinary emperor," said Mariarosaria Barbera, the chief superintendent for Rome's vast archaeological heritage.

Barbera said Augustus had specifically wanted his official images to reflect his duties, his political programme and his plans for the future.

"From an upstart young prince he became a man of power who legislated everything in public and private life, including the length of togas that citizens were allowed to carry," she said.

He was the grand nephew of Julius Caesar and became his adopted son. He governed Rome for more than 40 years -- a golden age in its history.

The young Octavius took on the title of Augustus to indicate his position had divine blessing, and he managed to bring together the aristocratic and populist strands of political thought at the time.

Flanked by his general Agrippa, his best friend whom he married to his only daughter, Julia, and by his political adviser Maecenas, Caesar Augustus hugely extended the territory controlled by Rome.

He was also well known as an arts patron and helped sponsor Virgil, Horace, Livy and Ovid.

The artists of the time were inspired by ancient Greece but created new styles for a new empire.

Roger called it "a privileged time in Roman history" when Rome itself was transformed "from a city of bricks into a city of marble" under Augustus.

With imposing statues, "we have the impression Augustus invented political propaganda but that is an anachronistic term," Roger said.

"What he really wanted, was that artistic style as much as the military would unite the provinces of the Roman empire," the curator said.

While his public life flourished, the emperor's private life was marred by the tragedy of the death of his grandchildren -- whom he had groomed to take over the reins of power.

After a first political marriage with Clodia, the goddaughter of Mark Antony, he then married Scribonia, grand-niece of Pompey, whom he repudiated the same day she gave birth to Julia to marry the great love of his life -- Livia.

Without a direct heir, he ended up adopting her eldest son, Tiberius, before dying aged 76.

The exhibition runs at until February 9, 2014 and will then move to the Grand Palais in Paris between March 19 and July 13.