Van Jones: Republicans oppose their own ideas as soon as Obama mentions them 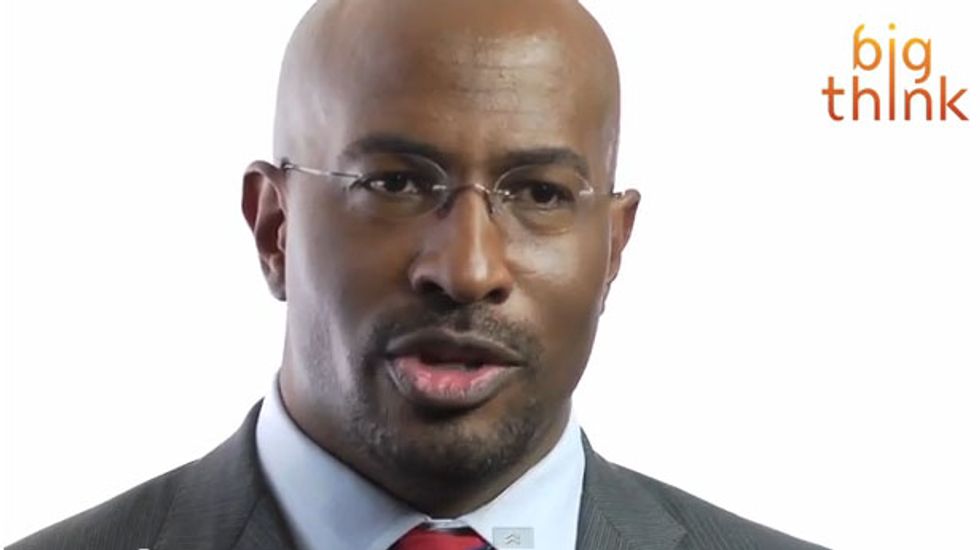 Jones compared Republicans to a mechanical bunny on a dog racing track. Democrats would never be able to catch up to them, no matter how fast they ran, he said.

"You're trying to chase the right to try to convince them to agree with you," Jones explained. "They will run away from their own ideas if they think a Democrat embraces them. It was a Republican idea to have cap and trade, a market-based, business-friendly solution for carbon and climate problems. That was the Heritage Foundation that came up with cap and trade. We were saying carbon tax. To chase them, we moved to cap and trade and they moved on to don't do anything. Climate change isn't even real."

"You will never catch this bunny," Jones concluded. "You will never, so what you need to do is stand for what you believe in and bring a majority around your own ideas and govern. And it's the biggest fallacy on the part of liberals is that that little hound dog running around that track is ever going to catch that bunny and that we will ever be able to compromise enough to appease the right wing in this country so they'll actually govern with us in a responsible way. They have to be defeated at the ballot box by a stable governing majority that can implement the changes that we need in this country, whether they want to participate or not."