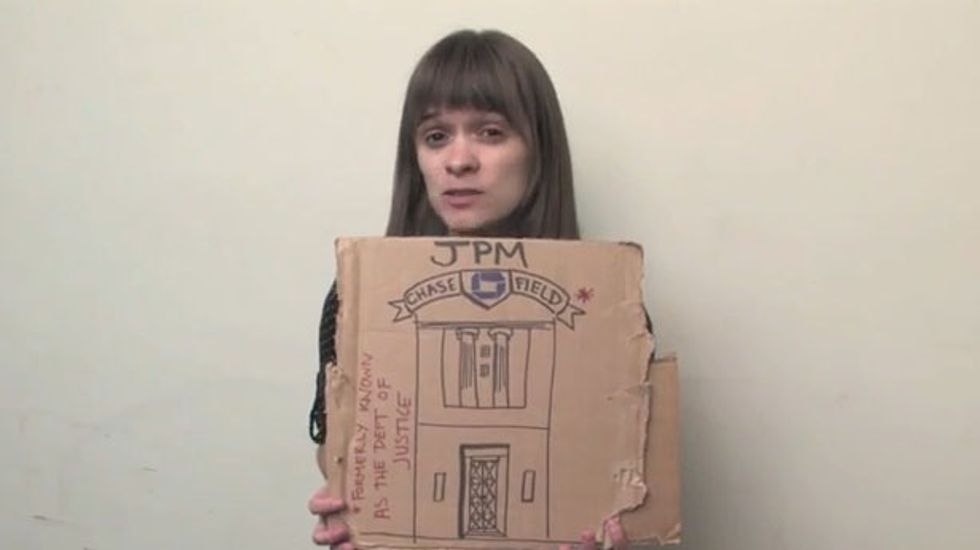 A video published Tuesday on YouTube by the group The Other 98 Percent explains the $13 billion settlement between JPMorgan Chase and the U.S. Department of Justice.

In the video, "Alexis" notes that the settlement will halt multiple investigations into the financial giant, including one criminal investigation.

The company is accused of misleading customers about the quality of its mortgage-backed securities before the financial collapse of 2008.

The $13 billion settlement does not release the JP Morgan from any criminal liabilities and The Other 98 Percent is urging Holder to file criminal charges against the bank.