Watch: Sam Harris on the 'banality of evil' in relation to religious violence 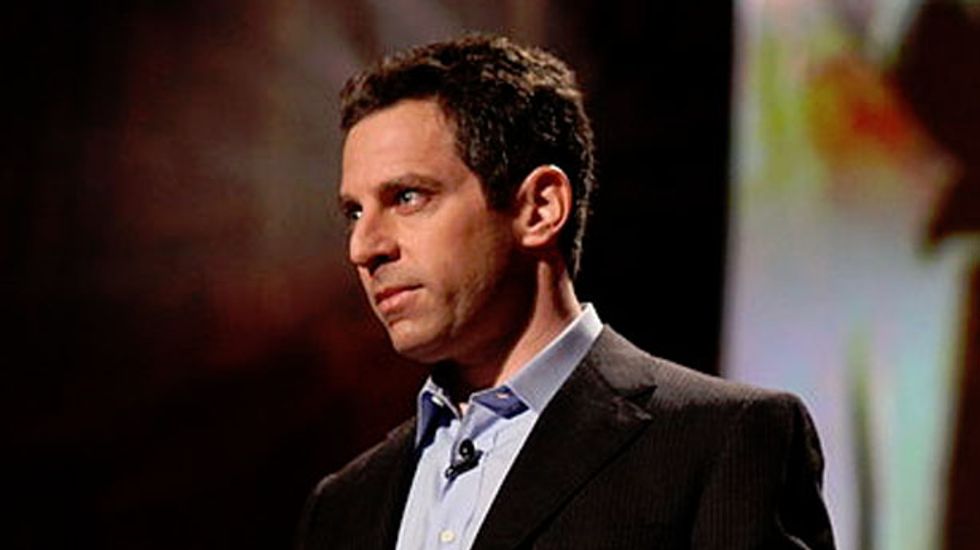 "What I would argue is that there are actually cultures which are -- for all intents and purposes -- psychopathic, in which you can put perfectly normal individuals, people who are neurologically intact, who don't have any of the anatomical problems of psychopaths, but put them into a system of poorly aligned incentives and bad ideas and they essentially act like psychopaths," Harris told stand-up comedian and MMA commentator Joe Rogan.

The Taliban gunman who shot Pakistani education activist Malala Yousafzai in the head probably was not a psychopath or mentally disturbed, Harris said.

"I think the situation we are in is far more sinister than that."

The Taliban gunman was likely a "perfectly normal" person in most respects. A man who loved his family, and was friendly and compassionate towards most people.

But, Harris said, his worldview made shooting a girl in the head seem like the right thing to do.

"How did the Holocaust occur?" he continued "It is not that there were hundreds of thousands of psychopaths eager to collaborate in the destruction of a people. There were a lot of normal people who given the requisite ideas and the requisite incentives and the ability... to dehumanize the Other, just saw no problem. They could burn people in gas chambers by day, and go home and shed a tear over Wagner at night, and play with their own kids, and that [moral disjunction] never had to be inspected."

"Normal people are capable of terrible things and in the context of certain religious ideas, I think it becomes quite rational to perpetrate evil," he concluded.

Harris appeared to be referencing "the banality of evil," an idea first proposed by German-Jewish philosopher Hannah Arendt.

Arendt coined the phrase after covering the trial of top Nazi official Adolf Eichmann in Jerusalem in 1961. She observed the man responsible for carrying out the mass extermination of Jews and others was not a sadistic monster, but a "terrifyingly normal" person who was driven by success rather than malice.

"Arendt concluded that far from exhibiting a malevolent hatred of Jews which could have accounted psychologically for his participation in the Holocaust, Eichmann was an utterly innocuous individual. He operated unthinkingly, following orders, efficiently carrying them out, with no consideration of their effects upon those he targeted," the Internet Encyclopedia of Philosophy explains.