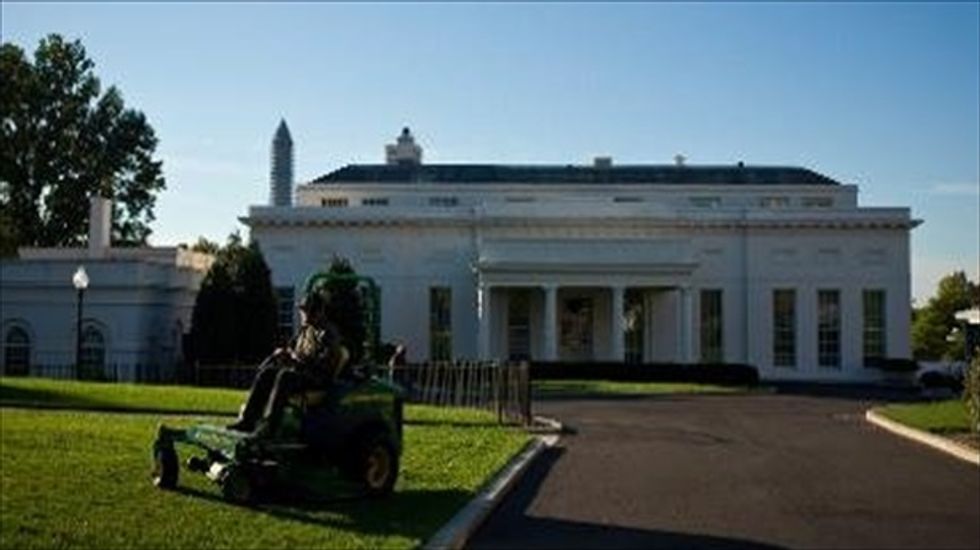 A National Parks Service worker cuts the grass on the North Lawn of the White House with the West Wing seen in the background on Oct. 18, 2013. [AFP]

Tours of the White House, which have been suspended since March due to deep US budget cuts known as the "sequester," will resume soon under a limited schedule, officials said Friday.

Visits to the iconic mansion, one of Washington's biggest tourist attractions, will begin November 5, the White House said in a statement.

A Secret Service official who spoke on background told AFP that tours would be available three days a week.

Tours previously occurred five days a week until March 9, when the White House visitors office halted the program until further notice due to personnel reductions amid budget cuts.

About $85 billion in across-the-board cuts in domestic and defense spending went into effect in March after Republicans and Democrats failed to agree on a deal to cut the deficit.

However, under the new budget passed this week after a 16-day partial government shutdown, the Secret Service said it could begin operating tours again, albeit at the reduced level.

The White House will be open to visitors until at least January 15, 2014 when funding for the government runs out once again, according to the Secret Service official.

The White House tours, which are managed by the National Park Service, require reservations, usually at least two months in advance.

Tours, which are self-guided, allow visitors to see some parts of the White House basement as well as ceremonial ground-floor rooms.

The second floor, which includes the president and his family's living quarters, are off-limits, as is the West Wing, including the president's famous Oval Office.

The White House also announced that tickets to view its gardens and grounds are available on a first-come, first-served basis this Saturday and Sunday.