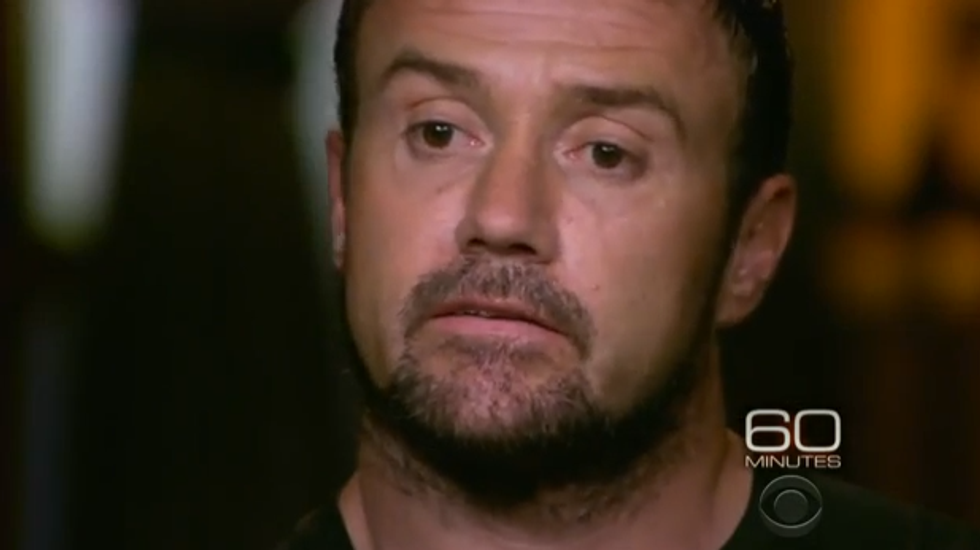 In a short statement released Thursday night, CBS news magazine 60 Minutes promised to revisit its story on an alleged witness to attack on the U.S. diplomatic compound in Benghazi following another report calling his account into question. The report has also been removed from CBS News' website.

"60 Minutes has learned of new information that undercuts the account told to us by Morgan Jones of his actions on the night of the attack on the Benghazi compound," the statement read. "We are currently looking into this serious matter to determine if he misled us, and if so, we will make a correction."

The New York Times reported on Thursday that the witness, whose real name is Dylan Davies, told Federal Bureau of Investigation officials that he was not at the facility when it was attacked on Sept. 11, 2012. That account corroborated an incident report filed by Davies' employer, Blue Mountain, in which he said he stayed at his villa while working for the company as a security guard. Davies later told The Daily Beast he did not write the report.

But Davies, using the Jones alias, said he witnessed the attack in an Oct. 27 60 Minutes report. Davies also used the alias to write a book billing itself as an "explosive eyewitness account" of the incident.

Sen. Lindsey Graham (R-SC) quickly seized upon "Jones'" interview with Lara Logan as justification for blocking all Senate appointments until survivors of the Benghazi attack were brought before Congress to testify, a sentiment his office voicemail reiterated as of Thursday night. An attempt to reach him for comment was unsuccessful.

But questions surrounding Davies' allegations began to surface after a Washington Post report mentioned his statement to Blue Mountain, a document that the State Department gave to lawmakers.

"We're surprised to hear about this, and if it shows we've been misled, we will make a correction," CBS News chair Jeff Fager told the Times on Thursday.

In an interview published on Tuesday, Logan, who investigated the attack for a year leading up to her interview with Davies, told the New York Times she felt the criticism directed at her story was political.

"If you read the book, you would know he never had two stories," Logan told the Times. "He only had one story."