Archaeologists uncover secrets of Portus, once gateway to Rome 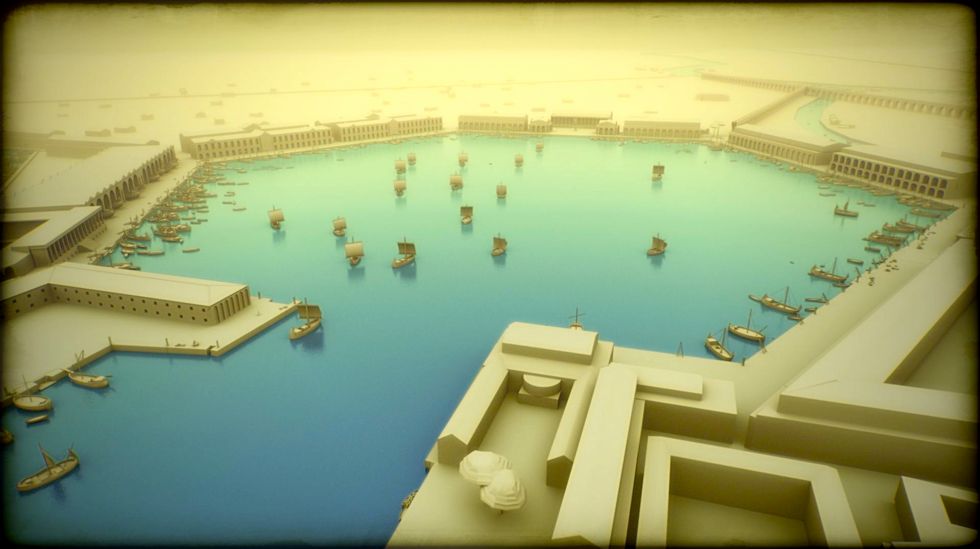 British archeologists digging near Rome have built up an accurate picture of Portus, the once-mighty port that could host 350 ships at a time and kept the ravenous capital of the Roman empire supplied with grain, wine, oil, slaves and luxuries from around the world.

The team says it has also unraveled the mystery of how the site's luxurious palace and huge warehouse vanished almost overnight, leaving no trace of the port's scale and wealth.

Rather than being burned down by invading hordes as the empire declined, or left to disintegrate, a team lead by the University of Southampton has revealed that Portus was systematically demolished in the 6th century by the Byzantines – the eastern emperors who fought the invading Ostrogoths to regain control of Rome.

Experts discovered that the magnificent, three-story palace was flattened and 50ft walls pushed over. "By the 6th century the Byzantines felt the port could be a threat as it was vulnerable to being occupied by the Ostrogoths, so they took the decision to destroy it themselves, said Simon Keay from Southampton University, who heads the dig.

Built by the emperor Trajan in the second century, Portus included a mile-wide main basinthat has now silted up, and an inner, hexagonal basin that still exists as a lake in woodland at the end of the runway of Rome's Fiumicino airport – its perfect hexagonal shape clearly visible from above. The remains of an amphlitheatre and an enormous, 260-yard long warehouse have also been discovered.

Keay said Portus's importance to Rome was proven by the team's excavation of the 60-room imperial palace covering nine acres. It was fronted by a long colonnade and boasted a first floor courtyard with a pool fed by a cistern below – a level of grandeur that matched Hadrian's villa near Rome. "The palace shows how central Portus was to the city and to making sure Rome was fed," said Keay.

But more impressive was evidence that the palace and the warehouse were torn down methodically by the Byzantines, who gained and lost control of Portus on various occasions during their struggles with the Ostrogoths.

"These were solid structures, and you really must have wanted to pull them down," said Keay, who discovered walls flattened by the Byzantines as they sought to reduce the danger of the port being occupied and put to use by their foes.

"It will have needed a firm decision and the Byzantines will have really worked on it," he added. "Portus was a great hub, but as Rome wound down, Portus mirrored it."