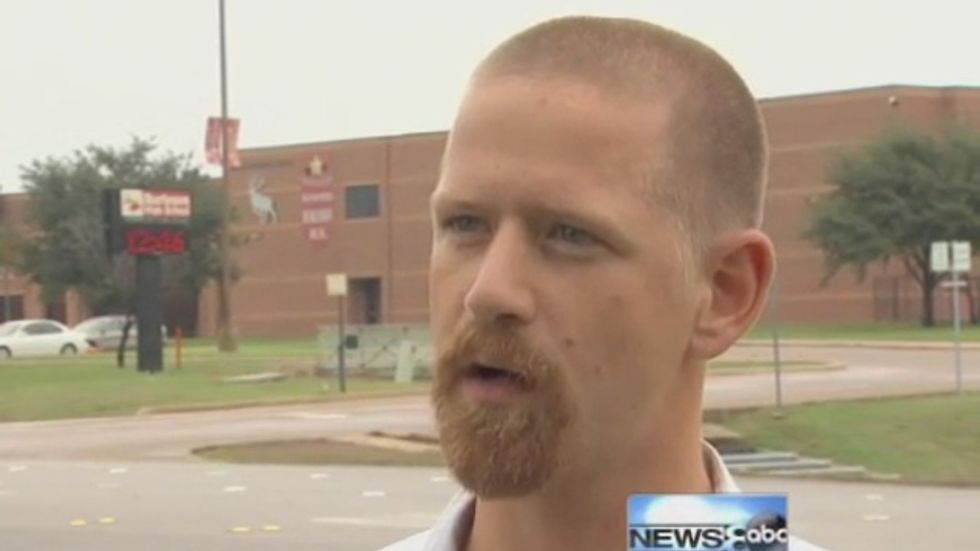 Parents and students in North Texas have become concerned after a group led by a man who spent time in federal prison for trying to blow up a church showed up at several schools with graphic photos of aborted fetuses.

According to WFAA, Burleson ISD began receiving complaints from parents after the Abolitionist Society of Burleson spent last week in front of Crowley North High School. They have also been to schools in Crowley, Little Elm and Fort Worth.

"My parents absolutely wouldn't want me to see that," Gabrielle Wood told the station.

"It's not this sanitized thing," he insisted to WFAA. "It's horrible and should be opposed."

The Dallas Observer pointed out on Wednesday that Ragon's religious beliefs had pushed him to attempt a church bombing in 2007.

At the time, the Cleburne Times-Review reported that Ragon was a part of a cult which thought of itself as "radical Christian activists who oppose government and organized religion."

Ragon ended up spending 15 months in a federal prison.

"Right out of high school, I got in some trouble and went to prison for it," the activist later explained. "God showed me a little bit about Himself during that time, I think, but I'm not sure it made a big enough impact on me."