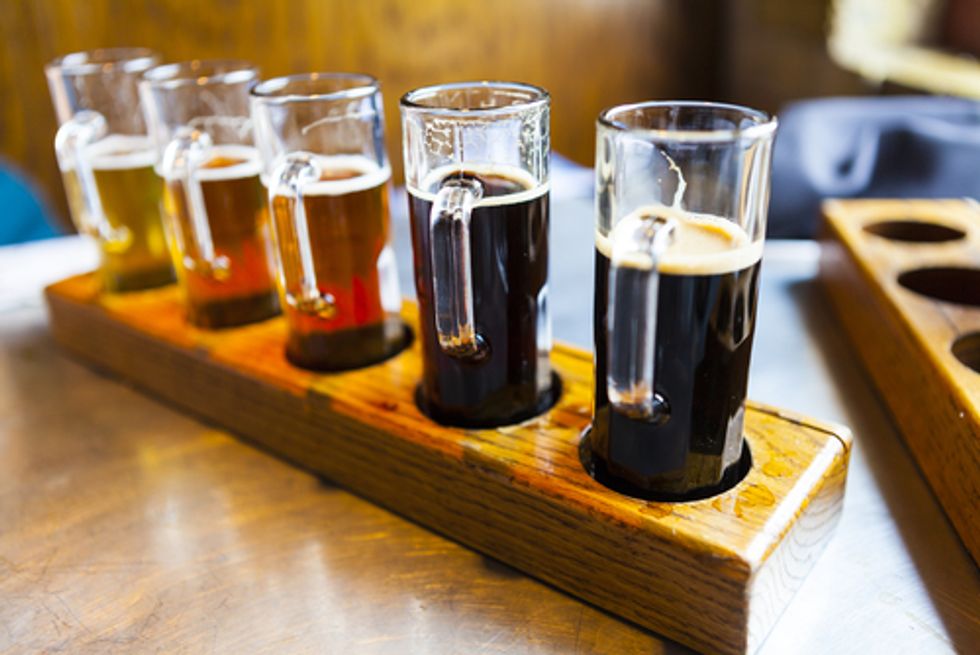 How many will it take to get you to believe right wing lies?

As reported by Scott Kaufman here at Raw Story, Generation Opportunity, the Koch-funded anti-Obamacare group, had a tailgate party at the University of Miami where they bribed kids with beer and then tried to talk them out of signing up for health insurance. Oh sure, they don't try to sell it like that, of course. Generation Opportunity claims that they "educated students about their healthcare options outside the expensive and creepy Obamacare exchanges". What they don't tell you is that the "option" they're pushing young people towards is not being insured at all.

How do I know this? Simple. If you got Generation Opportunity's website "educating" people about their supposed "options", you'll find that the number of affordable, comprehensive, non-exchange options they offer is a big, fat zero. The "health insurance plan" they're talking about is no insurance at all, if you read between the lines. From their FAQ:

Don’t I have to buy into Obamacare? Isn’t it illegal to not buy Obamacare insurance?

No. There is a relatively small tax associated with not buying government-approved health insurance, but you can pay that small penalty and buy a health insurance plan that meets your individual needs.

Fact: If you get health insurance on the individual market, as long as it meets the national standards for what counts as actual, bona fide health insurance, you don't have to pay the tax, either. They offer supposed "plans" that you can get as an alternative, but what they don't tell you is those plans don't exist anymore. Those are the plans you're hearing so much about getting cancelled! That's why they use a screenshot taken prior to the regulations and don't, you know, link to these supposed alternatives. Which are the ones that Consumer Reports called "junk" insurance that are worse than no insurance at all. The alternative doesn't exist. It's clear that what they're doing is letting you know the tax penalty is small, so that when you realize that the non-exchange options are too expensive for you, you just give up and refuse to have health insurance.

Why would I turn down government assistance to buy health care? It’ll be cheaper (or free) if I get it from the government, right?

No. It will be more expensive and it will certainly not be free. Because Obamacare is structured in a manner that transfers wealth from the young to the old, contains many coverage mandates, and caps deductibles (how much you pay out of pocket before the insurance company foots the bill), your premiums (monthly insurance payments) will be much higher than they are now in the individual marketplace.

This is an argument against the existence of health insurance, disguised as an anti-Obamacare argument. Yes, there are more regulations, to keep people from being free riders who only get health insurance when they need it, and dumping it the second they believe they won't need it, which is actually how premiums go up. (Check out this excellent takedown of Lori Gottlieb whining because she can't be a free rider anymore.) I hate to repeat myself, but this argument is just an argument against the existence of health insurance. Medicare, employee-based plans, all health insurance has some people "subsidizing" others. The reason you buy in is because you don't actually know if you're going to be one of the people subsidized or not. Yes, young people are more likely to not need to use their health insurance a lot, but if, say, you get into a drunk driving accident after drinking at a Generation Opportunity event, you may very well find that good health they told you was inevitable was not actually so.

It goes on like this. It's clear Generation Opportunity has zero interest in helping people find the non-existent "affordable" options for actual health insurance. What they're actually trying to do is convince young people to skip getting health insurance and just take their chances. It is true that consuming alcohol helps get young people into that risk-taking mindset, but what Generation Opportunity fails to understand is that people do sober up, and when they do, they're probably not going to be as keen on the idea of skipping insurance and seeing what happens as they were when they were drunk.

True story, to drive home how idiotic it is to think, "Wah, I'm too young to pay for health insurance!": When I was in college, I was prescribed some steroids for a really ugly rash I got from poison ivy. All of that was technically affordable outside of the insurance system. Except until I had a negative reaction to the steroids that caused my stomach lining to dissolve and resulted in my being hospitalized, a bill that would have run into the thousands. Except I had health insurance, through my parents (something the kids Generation Opportunity is targeting can often get through their own). So it did not cause me to run up a massive debt that I'd have to pay off with the $4.85 an hour part time job I had at the time. Point being, you may be very healthy right  now, but you might also get poison ivy and randomly end up in the hospital. Especially if there's beer involved.