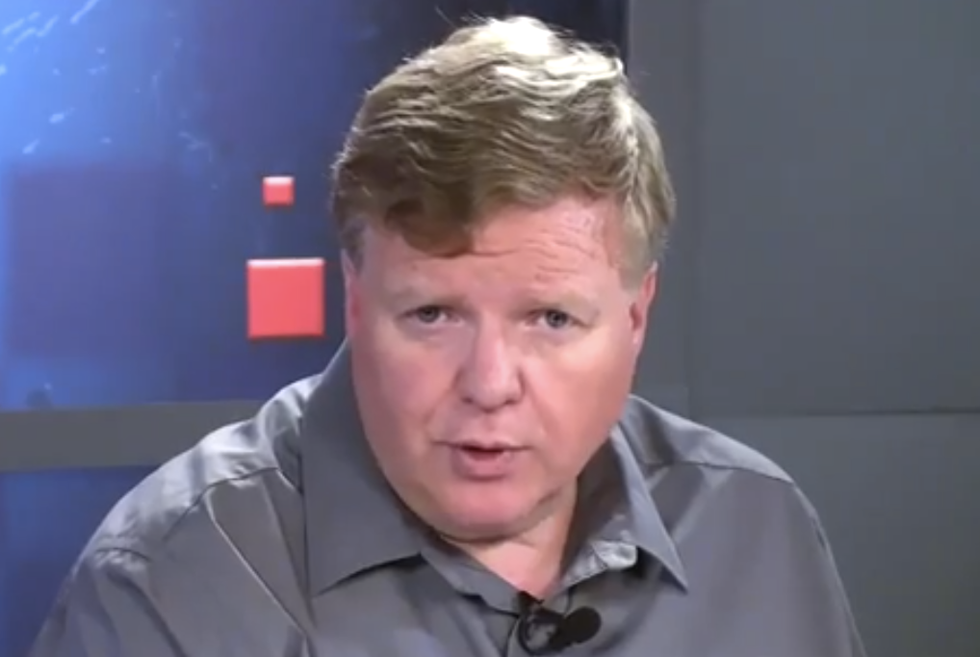 In the video embedded below, "Creation Today" hosts Eric Hovind and Paul F. Taylor asserted that "God's word" is "the basis of all knowledge," and that televangelist Pat Robertson is off-base in saying that perhaps the world is more than 6,000 years old.

The two hosts were discussing Robertson's response to an email he received from a "700 Club" audience member who wanted to know why the Bible doesn't say anything about the dinosaurs.

"Of course the Bible does cover dinosaurs," said Taylor, "we have talked about that on this show several times."

What Robertson said in response to the viewer, however, was that, in spite of what Creationists and Ireland's Archbishop James Ussher [1581-1656] say, the Earth is not 6,000 years old. Ussher was a Christian cleric who claimed to have pinpointed the moment of Creation to the day.

Hoving and Taylor laughingly dismissed the idea that Ussher could be wrong in any way, with Taylor asking rhetorically of Robertson, "Do you assume then that Archbishop James Ussher had no actual evidence for his proposition when he wrote such a big book. People talk about this 6,000 years that Archbishop Ussher came up with."

He continued, "Pat Robertson is claiming, then, that 6,000 years comes from Ussher's book and not the Bible. The point is, where did Ussher get his figure of 6,000 years?" Taylor believes that number comes from deep study of the dates and events named in the Bible.

"Now, then, Pat Robertson," he said, "are you claiming the Bible is not [divinely] inspired when the Bible clearly tells us that the world is 6,000 years old?"

Watch the video, embedded below via Creation Today:

Watch the full episode of "Creation Today," embedded below: