Ellison rips GOP strategist on health care: 'We've done something and all you want to do is complain' 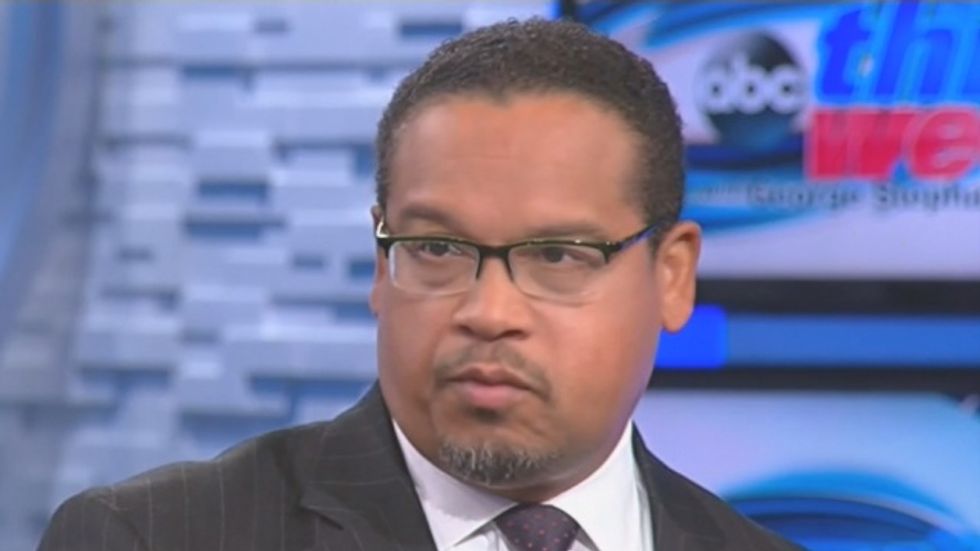 Rep. Keith Ellison (D-MN) on Sunday pointed out to GOP strategist Ana Navarro that Republicans "did nothing" to solve health care problems during President George W. Bush's two terms in office "and now we've done something about it and all you want to do is complain."

During a panel discussion on ABC News, The Wall Street Journal's Paul Gigot predicted that President Barack Obama's health care reform law was going to continue to unite Republicans through the 2014 election.

However, Ellison argued that the Republican Party was taking a risk because the Healthcare.gov website would eventually be fixed and the program would become more popular.

In response, Ellison noted that 57 percent of bankruptcies were due to medical debt before the Affordable Care Act was passed.

"We had a bad situation before, Republicans did nothing about it from 2000 to 2006," the Minnesota Democrat shot back. "And now we've done something about it and all you want to do is complain."