Erick Erickson: LGBT workplace protections will make us all one gender and cause 'tyranny and chaos' 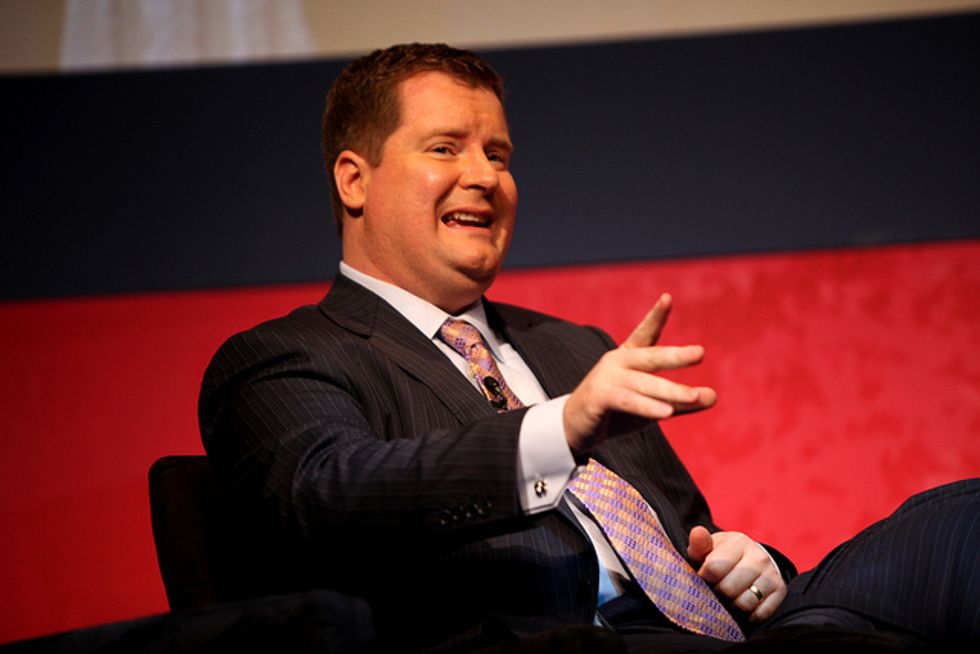 Photo of Erick Erickson speaking at an event (Gage Skidmore/Flickr)

In the video embedded below, "Majority Report" host Sam Seder mocked Red State editor Erick Erickson's online meltdown over the Employee Nondiscrimination Act (ENDA), which provides workplace protections for LGBT people. Apparently, a federal law making it illegal to fire people purely on the basis of their orientation is, to Erickson, the height of "tyranny and chaos."

Seder read the post to "give you a sense of how the right wing" is reacting to ENDA. According to Erickson, the Republicans in the Senate have "sold out" by not fighting for the right to fire people because of their sexual or gender orientation.

"'Republicans have sent the message to Democrats loud and clear,'" Erickson lamented, "'there is no floor to the degree of government-sponsored social engineering they may pursue.'"

"'Either way,'" he read on, "'Republicans will be too scared to even speak out against socially decadent legislation.'"

"How decadent it is!" Seder shouted. "That we can't fire someone for being gay!"

He continued to read Erickson's rant, "'The transgendered agenda is in full swing, ladies and gentlemen!'"

Seder mused that the Red State head's screed about "cross-dressers" forcing America to "erase any demarkation between the genders" makes him think that had Erickson been old enough, he would have vehemently opposed Title VII, the federal statute prohibiting racial discrimination in the workplace.

"'This is social engineering!'" he whined as Erickson. "'We can't fire someone from our own business for being black?! What's next?!"

Watch the video, embedded below via The Majority Report: