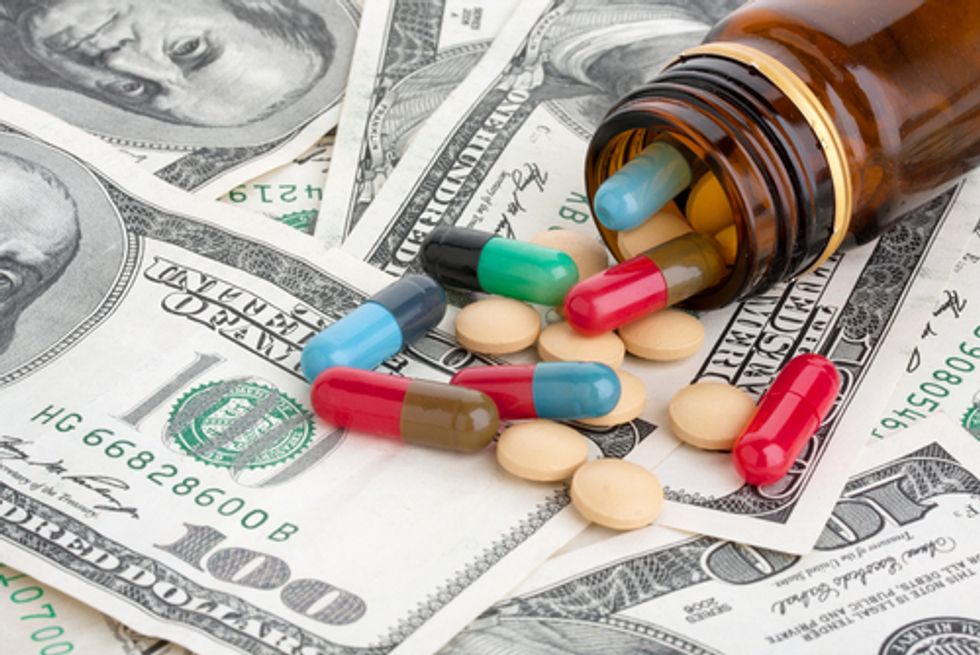 When the whole "people's plans are getting cancelled and they're getting charged a lot more for the same plan!" lie started to fall apart, conservatives intent on creating a lot of noise about the ACA shifted gears and trotted out a new line: "We're not free unless corporations can rip you off!" Of course, they don't state it like that, but instead---while hypocritically accusing the President of lying---lie their heads off about what's going on with the ACA's requirements that insurance plans actually insure people. Here's Jonah Goldberg trotting out a version of this lie:

A better deal according to whom? Say I like my current car. The government says under some new policy I will be able to keep it and maybe even lower my car payments. But once the policy is imposed, I’m told my car now isn’t street-legal. Worse, I will have to buy a much more expensive car or be fined by the IRS. But, hey, it’ll be a much better car! Why, even though you live in Death Valley, your new car will have great snow tires and heated seats.

This is a lie by bad analogy. A better analogy is this: Imagine a system where, in order for cars to be street-legal, they are required to pass an inspection. They have to have four working tires, headlights and brake lights have to work, seat belts have to be functional, and the exhaust system has to be up to code. If your car doesn't meet these requirements, you either have to spend a lot of money getting repairs or buy a new car, both of which are expensive options. Or, if you prefer not, you can take your chances getting fined by the police for driving a non-street-legal vehicle or elect to use public transportation, either of which means paying the government directly. No matter how you slice it, you need to get around and so you're going to pay. You can either pay for a better car or you can give your money to the government.

Oh wait. That's just the fucking system we have.

"But wah," say conservatives, "One of the minimum requirements is that health plans cover maternity care, and I'm not going to have a baby! Also, I'm too stupid to understand what 'risk pools' are or how insurance works!"

The maternity care argument is trotted out for two reasons: 1) It taps into the misogynistic urge to blame women for everything and 2) It allows them to ignore the OTHER essential health benefits that plans are required to cover, because looking at those would be tantamount to admitting that people whose insurance plans are getting cancelled were getting seriously ripped off. Here is a sample of the things conservatives think your insurance company shouldn't have to cover:

Many plans offer drug coverage only as an option at extra cost. But under the law, all individual and small-group plans will cover at least one drug in every category and class in the U.S. Pharmacopeia, the official publication of approved medications in this country. Drug costs will also be counted toward out-of-pocket caps on medical expenses.

You go to a hospital emergency room with a sudden and serious condition, such as the symptoms of a heart attack or stroke. The emergency visit is already covered under most plans. But under the reform law, emergency room visits do not require preauthorization, and you cannot be charged extra for an out-of-network visit.

Nice to know if you have an accident more than five miles away from home, you won't be getting a $15,000 bill, right?

Under the law, your insurer must cover your hospitalization, though you may have to pay 20 percent of the bill or more if you haven't reached your out-of-pocket limit. Some hospitals charge $2,000 a day for room and board alone, and $20,000 with medical services, so those bills can soar. This year, medical costs will help bankrupt 650,000 American households — including many who thought they had decent insurance until diagnosed with a serious illness.

This is a big one. Three-quarters of people who have medical bankruptcies had insurance when they got sick. That's the game the insurance company was playing. They were charging people nice, low premiums for insurance, knowing full well that if those people actually ever used their insurance, they'd find that they might as well not be insured at all. The story isn't "Millions of people lost their insurance!" The story is "Millions of people just got protected from predatory insurance companies who told them they were safe but were setting them up for bankruptcy!"

If you don't believe me, believe Consumer Reports, who analyzed one of the Obamacare scare stories about "rate shock":

Sounds terrible—except that Barrette’s expiring policy is a textbook example of a junk plan that isn’t real health insurance at all. If she had ever tried to use it for anything more than an occasional doctor visit or inexpensive prescription, she would have ended up with tens or hundreds of thousands of dollars of medical debt.

Here are some of the gory details. (You can see the rest for yourself on this complete plan summary from the insurance company.)

"She's paying $650 a year to be uninsured," Karen Pollitz, an insurance expert at the nonprofit Kaiser Family Foundation, said. "I have to assume that she never really had to make much of a claim under this policy. She would have lost the house she's sitting in if something serious had happened. I don't know if she knows that."

To stick with the car analogy, this is like forbidding Honda from selling you a piece of cardboard labeled "car" for $50. In order for your car to be a car, it has to have the wheels and the engine and whatnot. Yes, that's more expensive, but if we just let people run around on the street in cardboard cars, the traffic fatality rate would be through the roof.

Here's what Obamacare is actually doing: It's setting up a situation where both people on the individual market and employees of bargain-seeking bosses are accessing the same level of insurance that people who have good benefits through good employers get. Jonathan Chait explains:

The employer-based health-insurance system is much more popular than the individual market. It’s also much more redistributive. The 25-year-old male in the loading dock has to pay the same premiums as the diabetic 60-year-old in accounting. Is this injustice an important part of the political discourse? How often do you hear people complain about it?

That's exactly it. The notion that it's terrible for insurance plans to cover maternity costs because some people don't have uteruses is never, ever trotted out to lambast employers who routinely purchase, with their bulk bargaining power, insurance that has benefits like that. That's how insurance works: collectively. Conservative notably don't complain about that unless they fear that the working poor are going to start getting insurance and then sitting next to you in the doctor's office. It's a completely bad faith whine. It's like complaining about mandatory headlights on cars by saying, "But I only drive during the day!" It's not an argument, but a tantrum from a child.

For what it's worth, I'd like to remind everyone that one reason employers can often afford to offer high levels of insurance to employees is because they're buying in bulk and can get a discount. The health care exchanges are set up to create similar levels of group buying power for the individual market. The main function of the right wing noise machine now is to try to derail efforts to start improving Obamacare by throwing as many wrenches into the system as  possible. They're trying to keep your rates high by occupying the experts with this bullshit instead of allowing a discussion about ways to tighten up the exchanges so they drive rates even lower.