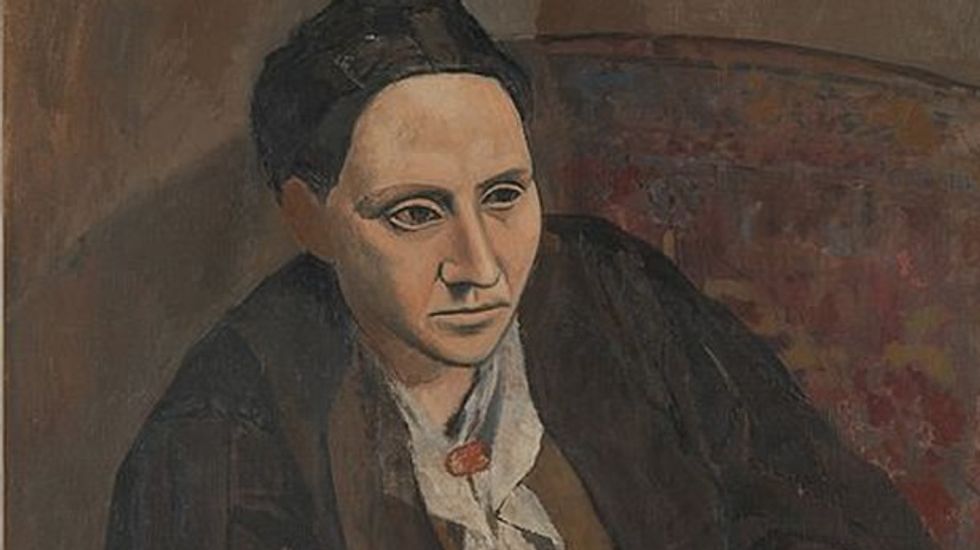 German police have confiscated about 1,500 modernist masterpieces thought to have been looted by the Nazis from the flat of an 80-year-old man from Munich, in what is being described as the biggest artistic find of the postwar era.

The artworks, which could be worth as much as €1bn (£860m), are said to include pieces by Pablo Picasso, Henri Matisse, Marc Chagall, Paul Klee, Max Beckman and Emil Nolde. They were looted by the Nazis and had been considered lost until now, according to a report in the German news weekly Focus.

The works, which would originally have been confiscated as "degenerate art" by the Nazis or claimed from Jewish collectors in the 30s and 40s, had made their way into the hands of a German art collector, Hildebrand Gurlitt. When Gurlitt died, the artworks were passed down to his son, Cornelius – all without the knowledge of the authorities.

Gurlitt, who hadn't previously been on the radar of the police, attracted the attention of the customs authorities only after a random cash check during a train journey from Switzerland to Munich in 2010, according to Focus. Further police investigations led to a raid on Gurlitt's flat in Schwabing in spring 2011. Police discovered a vast collection of masterpieces by some of the world's greatest artists.

The artworks are thought to have been stored amid juice cartons and tins of food on homemade shelves in a darkened room. Since their seizure, they have been stored in a safe customs building outside Munich, where the art historian Meike Hoffmann, from Berlin university, has been assessing their precise origin and value. When contacted by the Guardian, Hoffmann said she was under obligation to maintain secrecy and would not be able to comment on the Focus report until Monday.

According to Focus, Cornelius Gurlitt, described as a loner, may have kept himself in pocket over the years by occasionally selling the odd artwork. Several of the frames in the flat were empty. He is thought to have sold at least one picture – a painting called Lion Tamer by Max Beckmann – since his flat was first raided by the police. On 2 December 2011, the painting was sold for €864,000 at an auction house in Cologne.

At least 300 paintings in the collection are thought to belong to a body of about 16,000 works once declared "degenerate art". Others are suspected to have been owned by fleeing Jewish collectors who had to leave belongings behind.

One Matisse painting used to belong to a French art dealer, Paul Rosenberg, whose granddaughter is Anne Sinclair, the TV journalist who is also the ex-wife of the former managing director of the International Monetary Fund Dominique Strauss-Kahn. Rosenberg was renowned for representing Pablo Picasso, Georges Braque, and Henri Matisse.

Sinclair and her family have been campaigning for the return of looted Nazi treasures for years. "We are not willing to forget, or let it go," Marianne Rosenberg, another granddaughter, told the New York Times in April. "I think of it as a crusade."

Gwendolen Webster, an art historian who spent time studying works from the Nazis' "degenerate art" collection, told the Guardian the significance of the find was "absolutely staggering for historians" but opened a legal "can of worms".

One of the reasons why German customs may have been sitting on their find for such a long time is that they can expect a huge amount of claims for restitutions from around the world, with all the diplomatic difficulties that this entails.

Descendants of Jewish collectors who were blackmailed or simply robbed of their works by the Nazis may now be able to legally claim ownership of some of the works in Munich.

The looted art trove may help to shed light on one of the more obscure chapters in Nazi Germany's history. Modernist art was banned soon after the Nazis came to power, on the ground that it was "unGerman" or Jewish Bolshevist in nature.

From spring 1933 right up to the start of the war, exhibitions of the art toured the country, showcasing artworks that are now considered classics of expressionism, surrealism, cubism and Dada. Records of which artworks the authorities had looted from where are incomplete. "It was complete anarchy," says Webster.

Hildebrand Gurlitt, who had previously been a museum director in Zwickau until Hitler came to power, lost his post because he was half Jewish, but was later commissioned by the Nazis to sell works abroad. The discovered loot may show that Gurlitt in fact collected many of the artworks himself and managed to keep them throughout the war.

After the war, allied troops had designated Gurlitt a victim of Nazi crimes. He reportedly told he had helped many Jewish Germans to fund their flight into exile, and that his entire art collection had been destroyed in the bombing of Dresden.

["Portrait of Gertrude Stein" by Pablo Picasso via Wikimedia Commons]