Hawaii police union pres. opposes LGBT marriage: 'You would have to kill me' 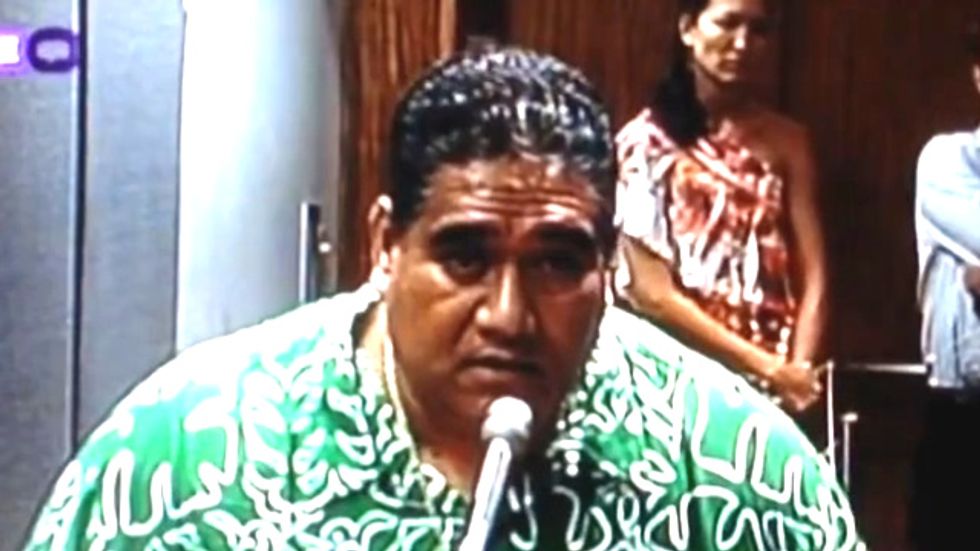 The president of the Hawaii police union on Monday expressed outraged at the idea that his state could pass a law legalizing marriage between members of the same sex.

Tenari Maafala told the state House that he had a duty to honor all laws as a law enforcement officer.

"The bottom line is this, the day I retire and bills like this are introduced, I will never ever honor such law," he said. "You will have to kill me to dishonor my father in heaven, you would have to kill me to impose these types of laws upon my children, and my nieces and my nephews."

Maafala was one of 5,000 people who signed up to testify as a part of a strategy to delay marriage equality by those opposing the bill.

According to the Honolulu Civil Beat, Maafala claimed that "denying gay couples the right to marry is not discrimination if it’s against your beliefs."