'Holy sh*t, this is a nightmare': 'The Daily Show' analyzes Virginia governor's race 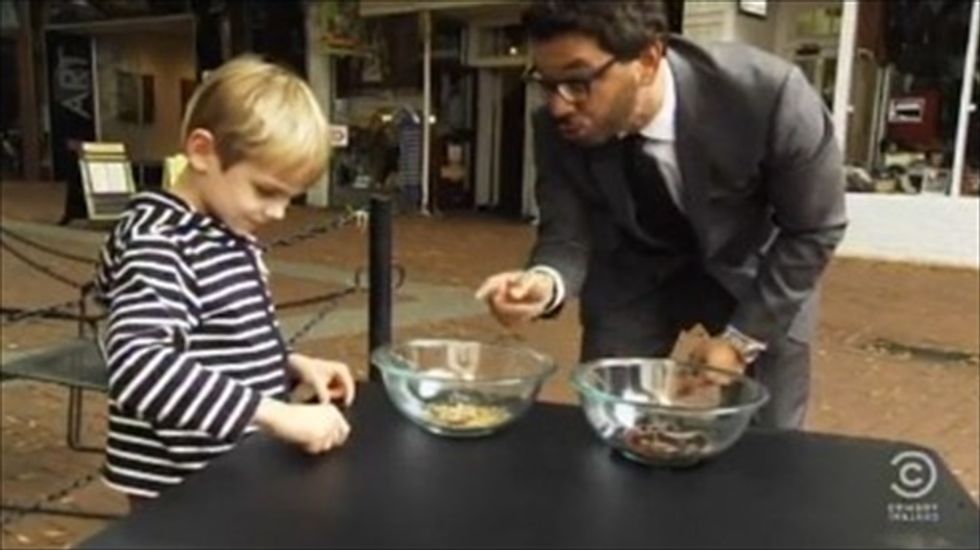 The Daily Show turned its attention to the Virginia governor's race on Monday, with correspondent Al Madrigal finding out more than he might have wanted to about the two major candidates.

"Holy sh*t, this is a nightmare," Madrigal said. "Even major newspapers are endorsing 'None of the above' and 'Guy who's not even running.'"

The choice between state Attorney General Ken Cuccinelli (R) and Democrat Terry McAuliffe is so unappealing, Madrigal found, one voter referred to it as picking between "a heart attack and cancer," with neither Cuccinelli's Tea Party policies nor McAuliffe's own history seeming very palatable.

For example, historian Larry Sabato told Madrigal, McAuliffe boasted about leaving his wife and newborn child inside his car for an hour while he went to a Democratic fundraiser.

"I'm sorry, I just vomited in my mouth," Madrigal said upon hearing the story, which prompted him to prompt the same result out of Virginians, through unsavory concoctions and forcing a child to choose between "dog poop" and "pond scum."

"Why do we have to pick one?" the boy asked Madrigal.

"Because no credible choices ran in your state," he replied.

Watch Madrigal take on Virginia's gubernatorial candidates, as posted on Monday by "CoffeeAndNews13," below.