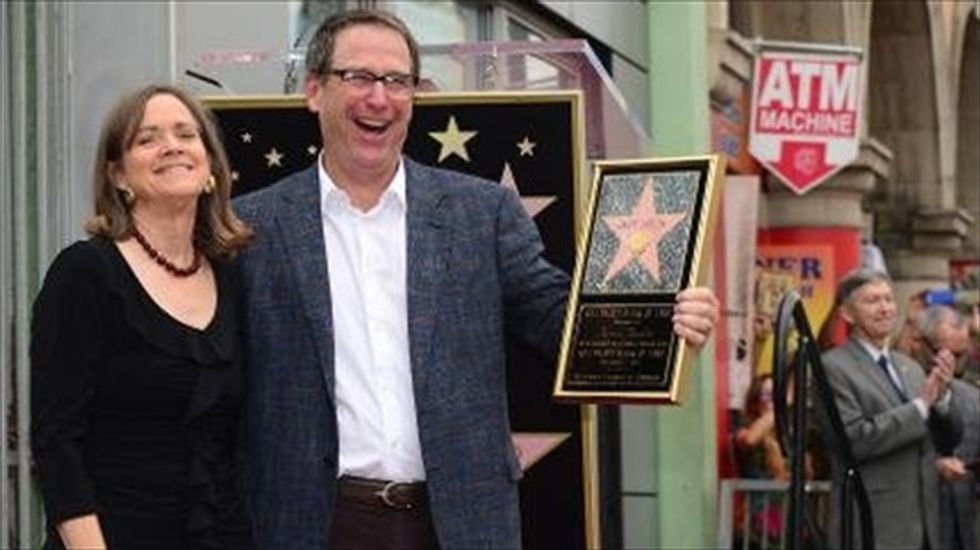 Siblings of the late Janis Joplin, Laura and Michael, who attended her posthumous Hollywood 'Star' ceremony, react after fans in the crowd sang Joplin's classic Mercedes Benz' on Nov. 4, 2013. [AFP]

Singing legend Janis Joplin was honored Monday with a star on Hollywood's storied Walk of Fame more than four decades after her death from a drug overdose.

The raspy-voiced singing star was immortalized on the famous Hollywood walk at a ceremony attended by her brother Michael and sister Laura, while country music luminary Kris Kristofferson played her signature hit "Me and Bobby McGee."

"Janis Joplin is an iconic figure, and her songs will always be remembered by her fans around the world," said Ana Martinez of the Hollywood Chamber of Commerce, which oversees the famous Tinseltown sidewalk.

Joplin was given the 2,510th star on the Walk of Fame, where entertainment legends have long been enshrined on a stretch of pavement which attracts millions of tourists every year.

Her famous songs include "Down on Me," "Summertime," "Cry Baby" and "Mercedes Benz." But her biggest hit was "Me and Bobby McGee," written by Kristofferson.

Ironically, the song -- part-ballad, part high-energy rock anthem -- only topped the US charts in 1971, the year after Joplin died of a drug overdose.

Kristofferson played an acoustic version of the song on Monday outside the Musicians Institute, near the famous Hollywood and Highland intersection.

The raspy-voice Joplin, who produced four studio albums in her short career which included a legendary performance at the era-defining Woodstock festival in 1969, was inducted into the Rock and Roll Hall of Fame in 1995.