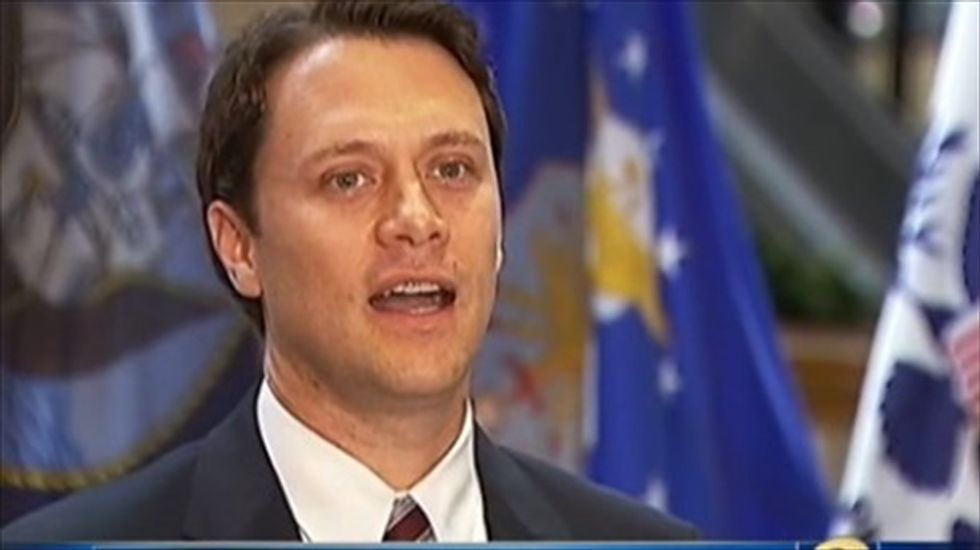 "I am running for governor because I believe in Georgia at its best," WSB-TV quoted the younger Carter as saying. "Georgia at its best always has an honest government that works for everyone and not just good political donors or well-placed friends."

Carter first made his intentions known to the Atlanta Journal-Constitution on Wednesday, saying Georgia residents were tired of waiting for the state's economy to recover under Deal's leadership.

"It's not about politics," he told the Journal-Constitution. "It's about making sure we can get the state that we need."

Former state Sen. Connie Stokes (D), who originally planned to challenge Deal, will instead run for the lieutenant governor's office, clearing a path for Carter to be the Democratic Party nominee. Deal faces two challengers for the Republican nomination in former state superintendent Jim Barge and Dalton Mayor David Pennington.

A spokesperson for Deal's office, Brian Robinson, told WSB that the incumbent governor will run on his record of making the state business-friendly and trumpeted his administration's opposition to the Affordable Care Act.

"That's gonna be a really tough burden for a Democrat to carry in this state in 2014," Robinson told WSB. "We are protecting taxpayers. We are standing up to the Obama administration."

It was reported in September 2013 that Deal, his family and his business partner had been receiving payments from a political action committee to oppose the new law, with at least half of the group's donations coming from health care corporations.