Jon Stewart: Rand Paul took his speeches from Taylor Swift and his hair from Patrick Duffy 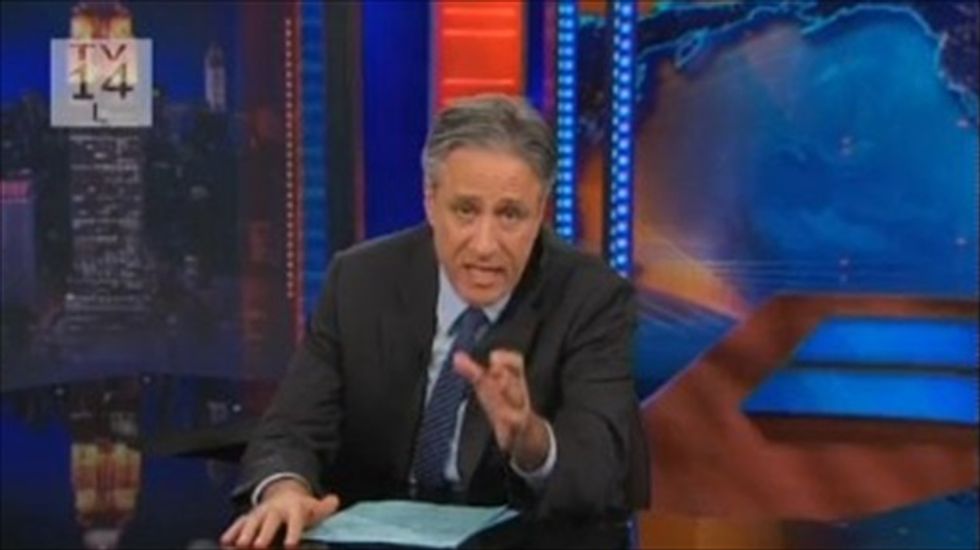 Daily Show host Jon Stewart mocked Sen. Rand Paul (R-KY) on Thursday for his reaction to the seemingly ever-increasing revelations regarding material he has plagiarized for his speeches, particularly Paul's assertion that "98 percent" of his speeches are off-the-cuff.

"You know what?" Stewart asked in a whiny voice. "I'll start my own government, where you're allowed to copy off other people. I'll start my own country -- yeah, 'Belgium.' I came up with that name. Belgium."

Besides Paul's reported reliance on Wikipedia for his unlisted source material, however, Stewart was more alarmed by the fact that the senator was using an Ethan Hawke movie in his speeches, before playing clips detailing the multiple instances that have come to light since the initial report.

"Also, some are raising questions about his memoir about life as a young Black woman in the segregated South," Stewart intoned, as a faux-cover for I, Rand Paul, Know Why the Caged Bird Sings appeared on the screen. "And, it is becoming increasingly clear that Mr. Paul has stolen his haircut from '80s icon Patrick Duffy."