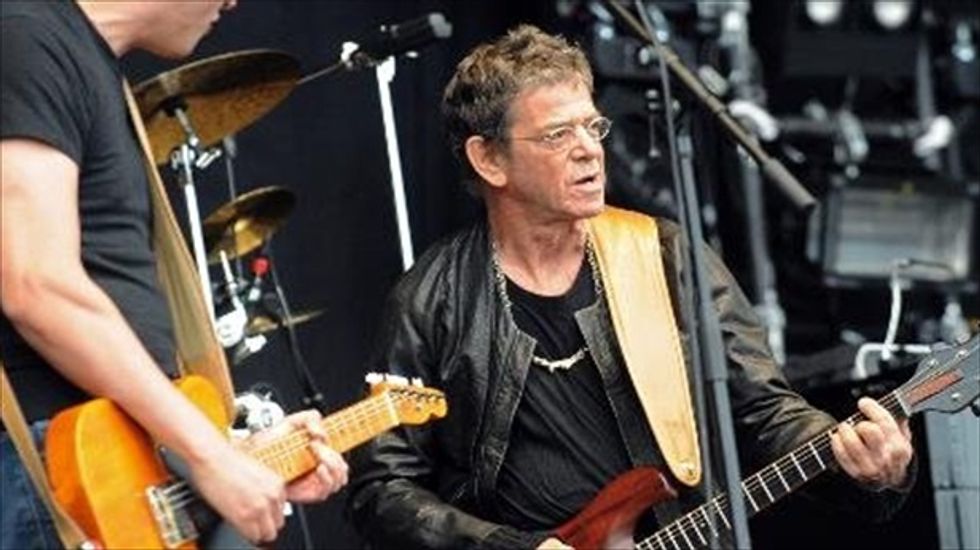 Singer Lou Reed (R) performs on the stage of the 20th edition of the Vielles Charrues Music Festival on July 17, 2011 in Carhaix, Brittany. [AFP]

Late U.S. rocker Lou Reed breathed his last breath "looking at the trees" while doing tai chi, according to his widow.

The influential 71-year-old songwriter and musician died Sunday of complications from a recent liver transplant.

In a letter titled "For Lou Reed" posted Thursday on the website of the "The East Hampton Star," Laurie Anderson recalled her husband's final moments at the couple's house in the village of Springs, New York.

"Last week I promised Lou to get him out of the hospital and come home to Springs. And we made it!" wrote Anderson.

"He died on Sunday morning looking at the trees and doing the famous 21 form of tai chi with just his musician hands moving through the air."

Anderson, herself a singer and performer, said Reed was a tai chi master and spent his last days "being happy and dazzled by the beauty and power and softness of nature."

Tai chi is an ancient Chinese tradition that helps reduce stress and anxiety and is often described as "meditation in motion," according to the renowned Mayo Clinic.

Seen as the godfather of punk, Reed and the Velvet Underground -- the band he formed with Welsh musician John Cale in 1965 -- influenced generations of rock bands such as The Who, REM, Nirvana and Sonic Youth.

"Lou was a prince and a fighter and I know his songs of the pain and beauty in the world will fill many people with the incredible joy he felt for life," Anderson wrote. "Long live the beauty that comes down and through and onto all of us."