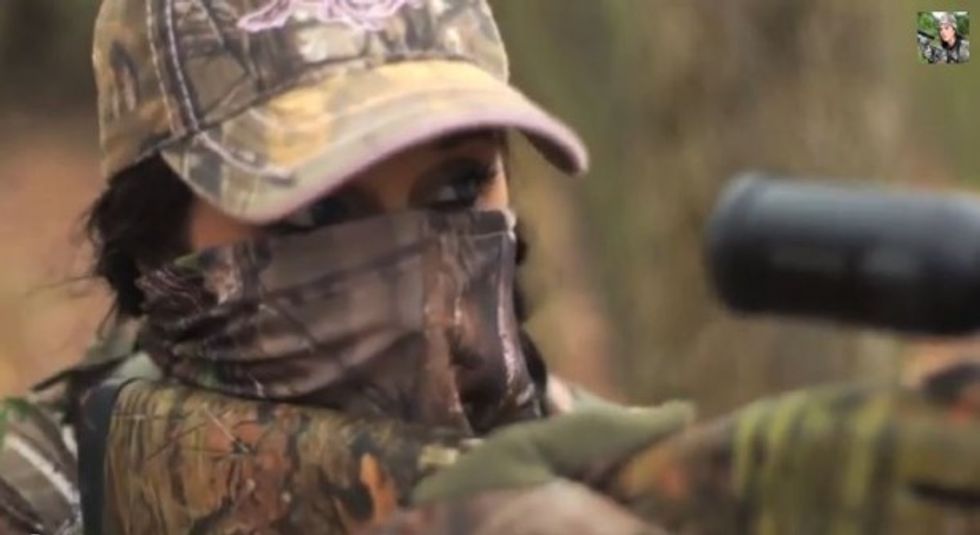 TV host and hunter Melissa Bachman has been getting a lot of heat ever since that nosy bastard comedian Ricky Gervais whined after he found a photo of Melissa posing with a South African lion she'd put a bullet through.

What crybabies like Gervais don't realize is what an intimate relationship Melissa has with all of the animals she shoots.

And it shows, if some of you hunting critics would just put down your pitchforks and actually watch one of Melissa's amazing shows in her series, Winchester Deadly Passion.

You can see the love she and her animals share right there in the opening sequence, which features Melissa stalking game through sweltering savanna... 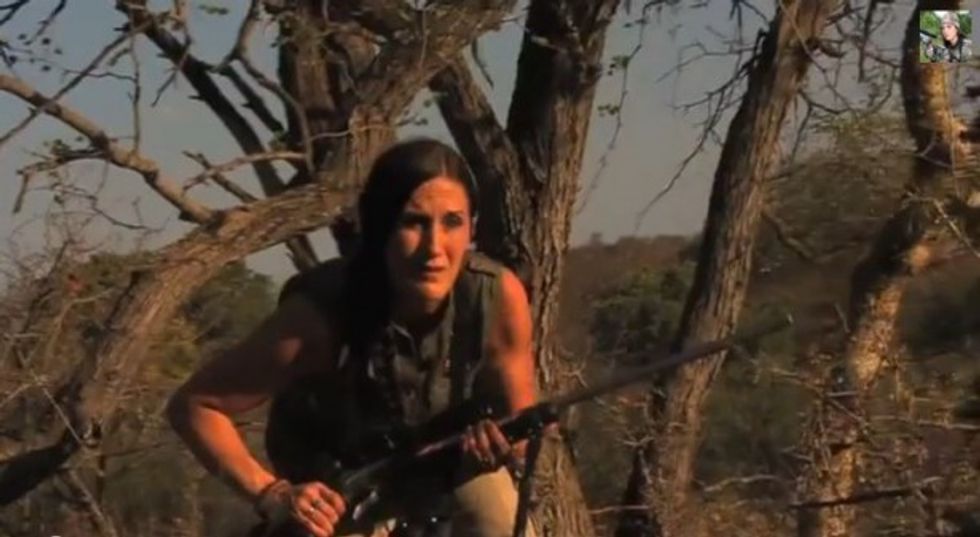 And in winter's icy grip... 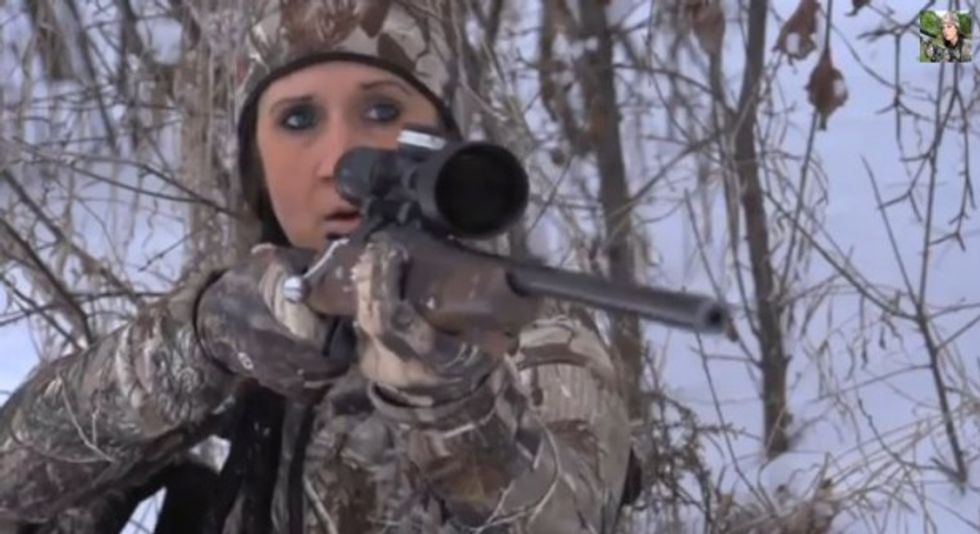 And then comes the opening sequence's most intimate moment, when Melissa draws a bead on a large buck with her bow and arrow... 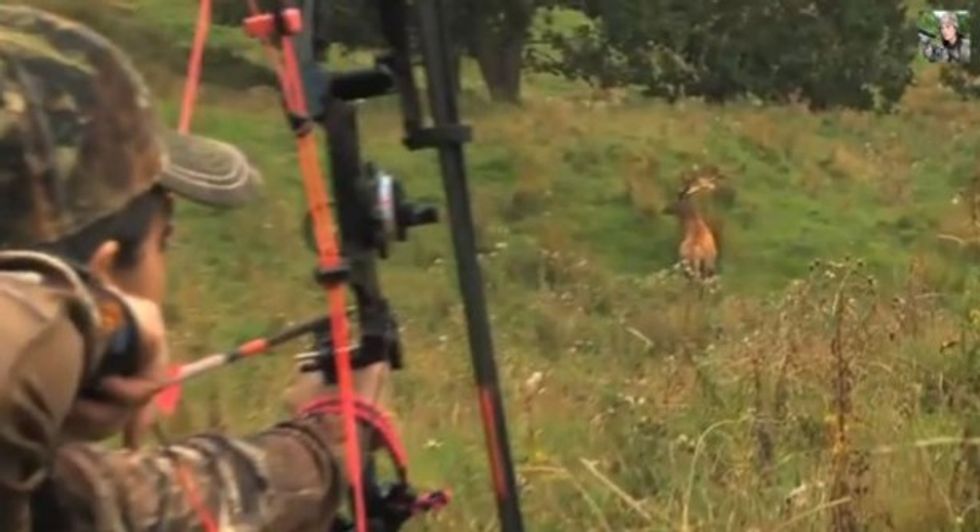 ...and as she takes aim, the camera begins to zoom in on the animal, which begins to turn towards Melissa... 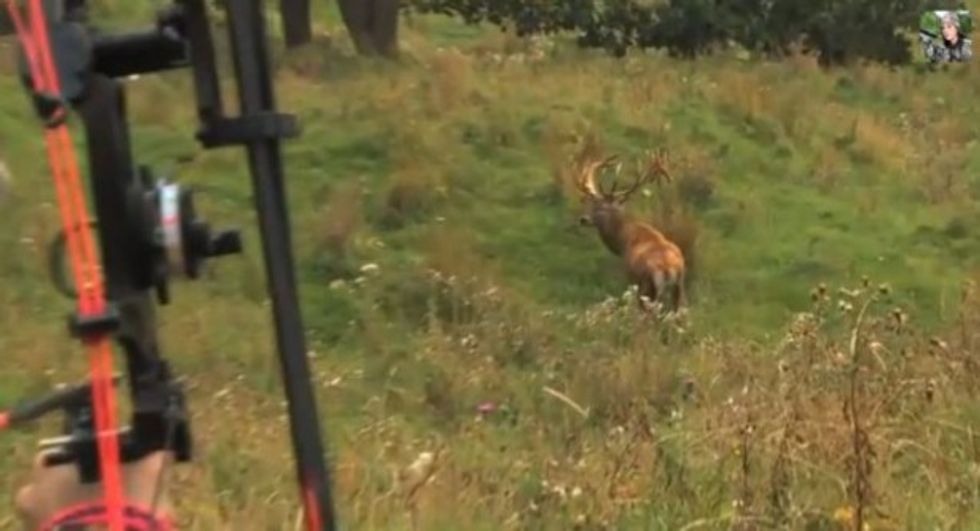 ...and the look of passion is clearly evident, hence the series title. This buck loves Melissa, and awaits patiently her missile of affection... 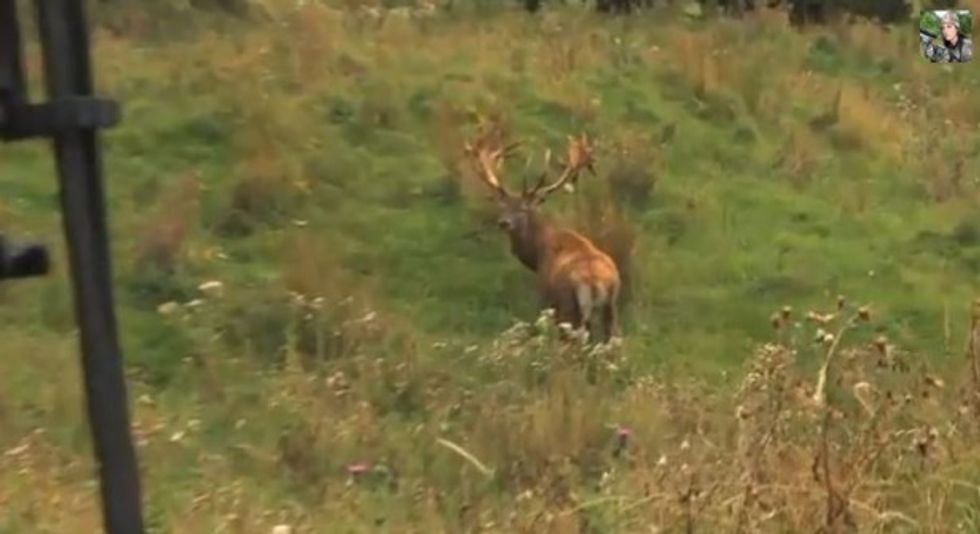 See, that's what you mealy-mouthed non-hunters just don't understand. This is a labor of love. Take this recent episode, when Melissa went in search of her first bull moose in Newfoundland.

After several grueling hours of walking, she and her guide finally spot a bull moose.

But now they are at a standstill -- the moose had spotted them, and was watching them.

As long as the animal was facing them, he presented too small a target from the great distance between them.

Then, clearly as an act of affection, the moose turns away, presenting his full silhouette... 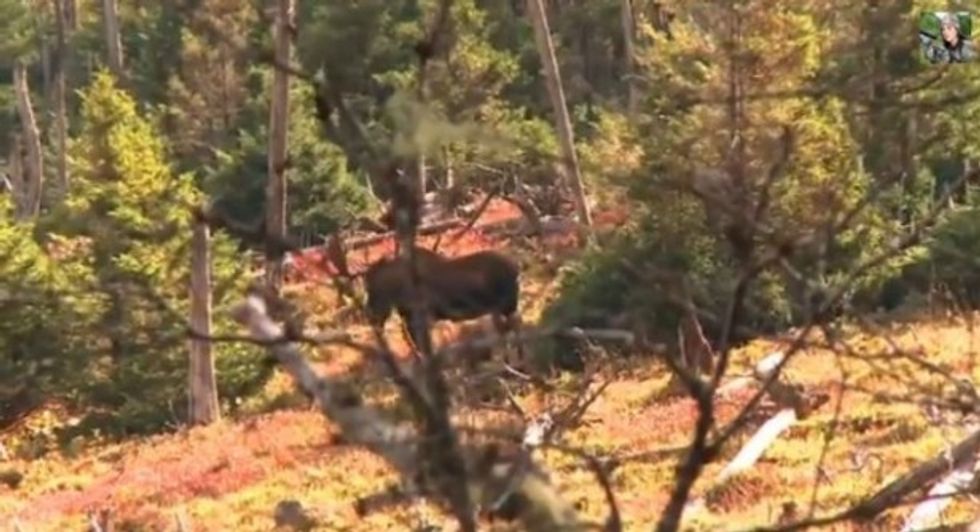 "As this bull turned, I knew there wasn't a lot of time," Melissa says.

She quickly puts her gun on her shooting stick.

"I put that bull right in my cross-hairs"... 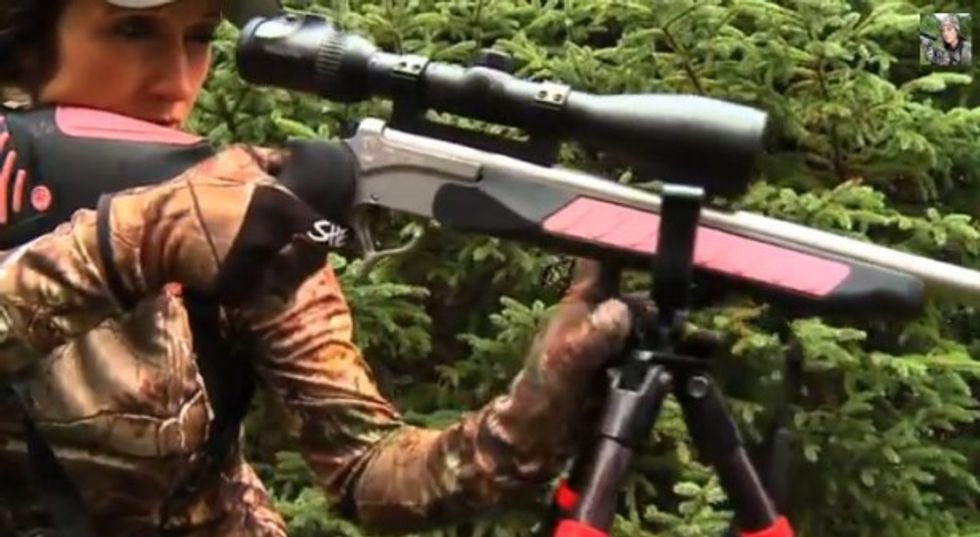 While she takes aim, the bull moose looks back at her again, standing still. He loves her, clearly. 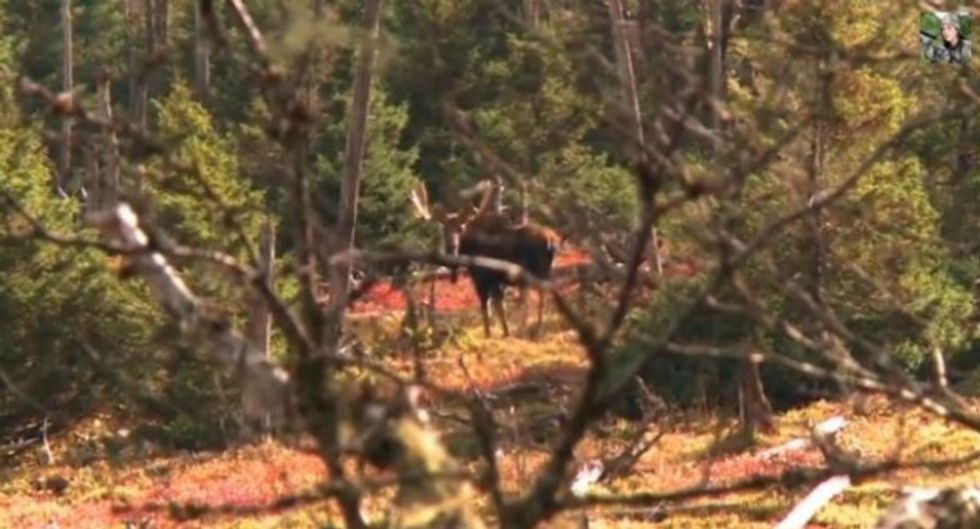 She notes that a bull moose is huge, but she says that she has plenty of "knockdown power."

She admits to having a serious case of the nerves.

"I was really starting to shake," she says.

She squeezes the trigger and gets off the shot. The moose then bounds off.

Surprised, Melissa's guide suggests that she put another shot into the animal.

So she lines up another shot... 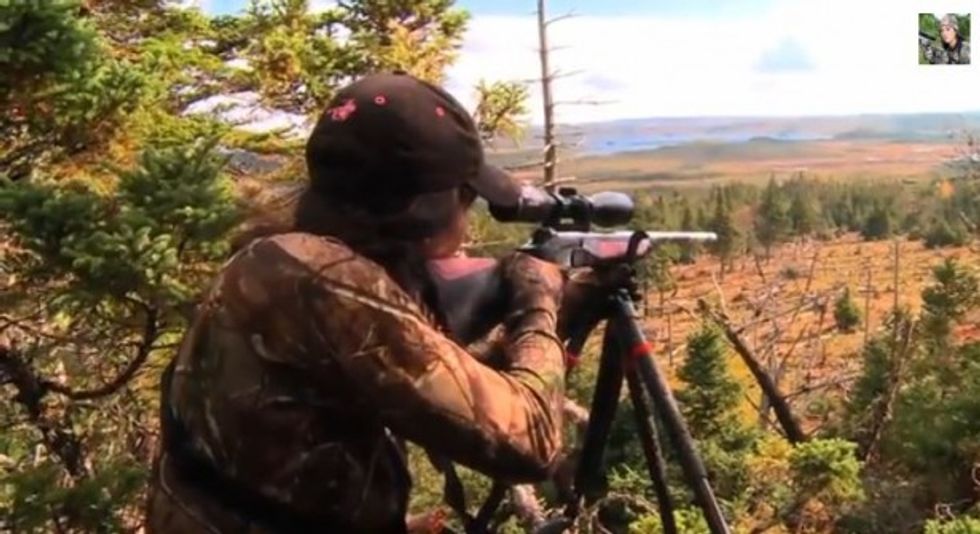 Melissa: Should I put one more in him?

We hear the second shot.

Guide: You got him. He's not going nowhere.

As we see the moose fall, we hear Melissa begin to laugh.

Melissa: That was awesome! 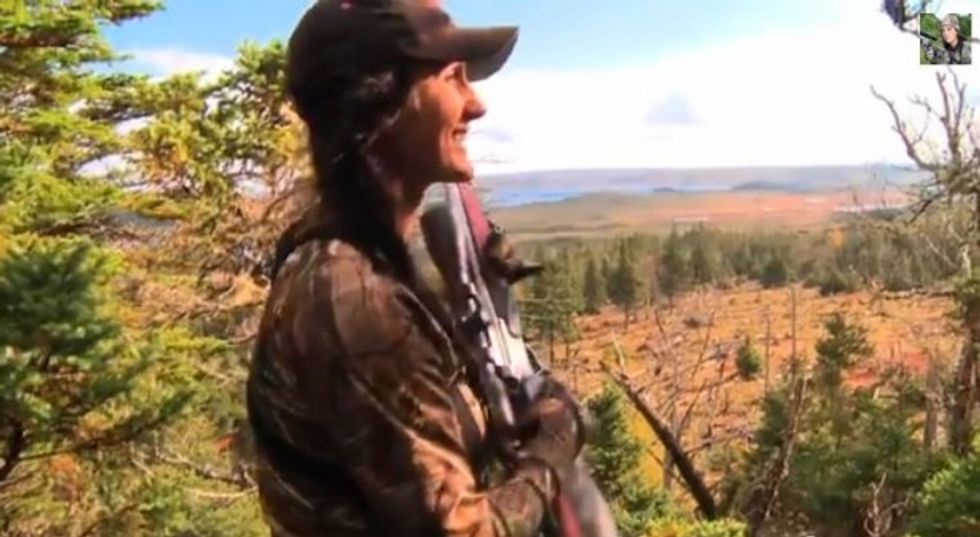 Guide: It was a good job.

Melissa: That was a beautiful moose.

They then walk over to the animal.

Melissa: Not only is he a beautiful moose, he's my first one ever!...This is my first moose ever, and I am just having an amazing time! 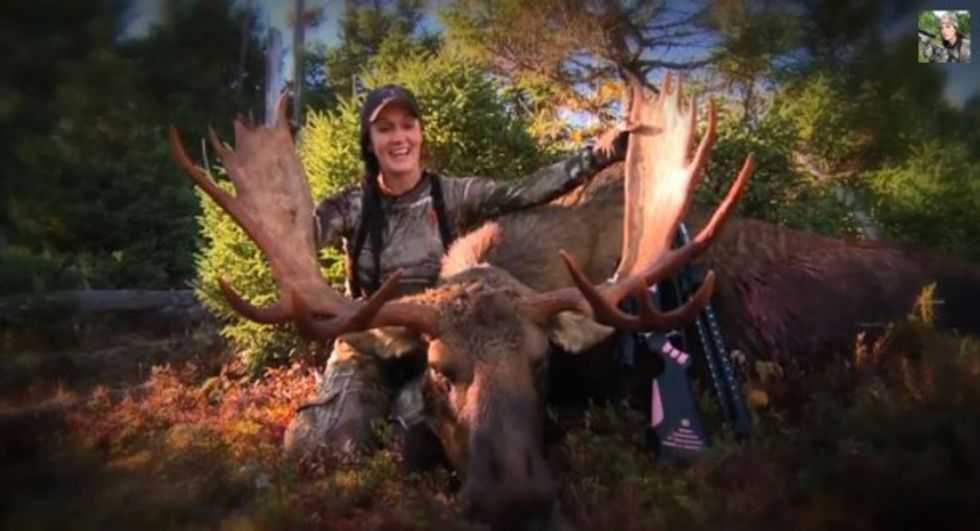 So you see, you doubters, Melissa really does love the big, beautiful animals who clearly also love her, or why would they just stand there and wait for her to shoot them?

Sometimes, it's just hard to explain this kind of thing to you people.