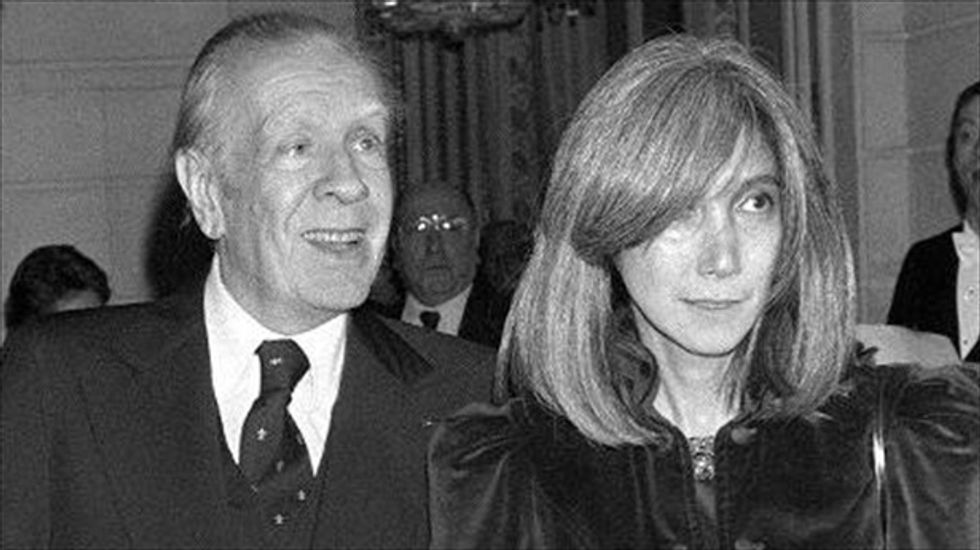 Hours of forgotten tape recordings of the master Argentine writer Jorge Luis Borges have turned up in Spain and may soon be published, his widow and associates said on Tuesday.

The recordings contain five hours of lectures given in 1965 by Borges, who was seen as one of the most important writers of last century.

The talks in Buenos Aires were recorded by a Spaniard who brought them back to Spain but they did not come to wide attention until a few months ago, when they were handed in to the Casa del Lector, a cultural institute in Madrid.

"It is very emotional to hear his voice," said the writer's widow Maria Kodama, 76, unveiling them there on Tuesday. "The things he says are the kind of thing he used to say to me in private."

She added it was probably among the last unpublished material by Borges that will ever be found.

The lectures were principally about Argentine tango dancing, but the writer -- who also taught English literature -- veered off into other subjects such as the American writer Mark Twain and the Greek poet Homer.

"You hear Borges just the way he was, a person who starts with one thing -- tango -- and then that leads him on to 'The Iliad' or Mark Twain," Kodama said.

Borges was noted for works such as the fantastical short story "The Library of Babel" and "The Book of Imaginary Beings", a mythical collection.

He translated writers such as Virginia Woolf and William Faulkner, according the Cervantes Institute, a Spanish cultural body.

As well as his native Argentina, he studied in England and lived briefly in Spain. He died in Switzerland in 1986.

Cesar Antonio Molina, director of the cultural foundation that runs the Casa del Lector, said he hoped to publish the recordings in audio and book form within a year.