Maddow: George W. Bush really was trying to bring about the end of the world 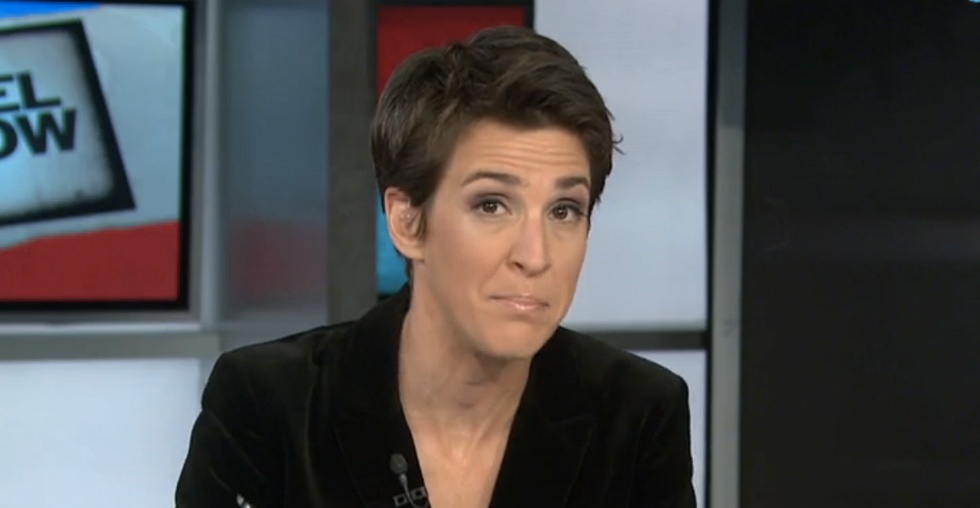 Friday night on her MSNBC show, Rachel Maddow cast a critical eye toward former President George W. Bush's decision to speak at the Messianic Bible Institute, the headquarters of the apocalyptic cult Jews for Jesus.

She compared what we know about Jews for Jesus with evidence of meetings held during the Bush presidency and said that one can only conclude that Bush was trying to bring about the Rapture and the apocalypse in order to hasten the second coming of Jesus Christ.

Mother Jones reported this week that George W. Bush is scheduled to address Jews for Jesus on Nov. 14. The sect is a conservative Christian splinter group that seeks to convert Jews to Christianity in hopes of bringing about the end of the world and the second coming.

The group was one of two apocalyptic Christian groups that met with George W. Bush's principal Near East and North Africa advisor during the Bush presidency as reported by Rick Perlstein in 2004.

Apparently, Rapture-baiting, pro-apocalypse religious fanatics were holding sway over U.S. foreign policy before and during the War in Iraq, the War in Afghanistan and the rest of the Bush presidency. So it should come as no surprise that the former commander in chief is consorting with these groups in the wake of his presidency.

If you agree with Jews for Jesus that all the Jews in the world should be converted to Christianity and then repatriated to Israel to bring on the apocalypse, Maddow said, that's your business.

"It does however become a news story and conceivably a matter of some debate," she said, "when your belief that that's what you're supposed to do is driving U.S. foreign policy toward that theological aim."

She continued, "And when the people who make foreign policy in this country are consulting with you about what the United States ought to do abroad, then yes, yes, yes, that is news."

Maddow said that she can't wait until the national archives takes control of the Bush Presidential Library, "and we'll finally get an actual exhibit or a diorama about that part of the Bush foreign policy, where it wasn't just an accident that we were almost bringing about the end of the world, it was the point!"