Maddow: Someone needs to tell the GOP that they lost on Tuesday 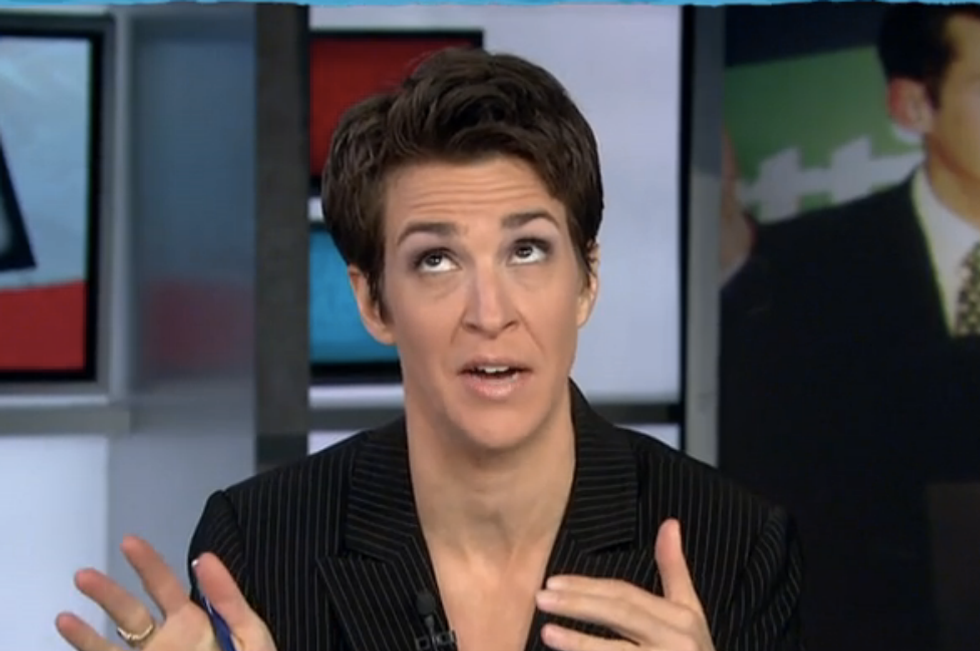 On Wednesday night, in a segment of "The Rachel Maddow Show" called "ReferenDUH," Rachel Maddow asked why Republicans are trying to spin their losses on Tuesday in the polls as victories.

She began the segment by telling viewers about a period right after the U.S. Civil War when a party called the Re-Adjuster Party sprang up in the state of Virginia.

"The Democratic Party, which was conservative and racist at the time," said Maddow, "was the dominant force in Virginia politics for a long time."

The Re-Adjusters won the governorship of Virginia "for a hot minute," she explained, sending William E. Cameron to the state house. Cameron, alas, only served one term and became the only governor in that state's history whose party only held that office for one term. That is, until Gov. Bob McDonnell, the scandal-plagued Republican currently vacating the office.

"Before last night," Maddow said, "no party in Virginia had been turfed out of the governorship after only one term in office since 1885."

And yet, in a slew of election postmortems on Wednesday, Republicans were claiming to media outlets that their defeats in Virginia and elsewhere are signs of victory.

"There are a lot of things that come up in the news," Maddow said, "where you realize that the Republican Party and the conservative movement really is kind of in its own world, that it doesn't have much interaction with the rest of the world."

The Republicans' "full speed ahead" trajectory on far-right candidates and social issues, she explained, is concrete evidence of that problem, as is their insistence to the media on Wednesday that Cuccinelli's loss in Virginia can be seen as a kind of victory over Obamacare, i.e., the Affordable Care Act.

"It's been a weird day," Maddow said, shaking her head. "This is some of the weirdest spin I've ever seen out of an election loss."

But, she said, this appears to be the right's tack after Tuesday, "They are totally going for it."