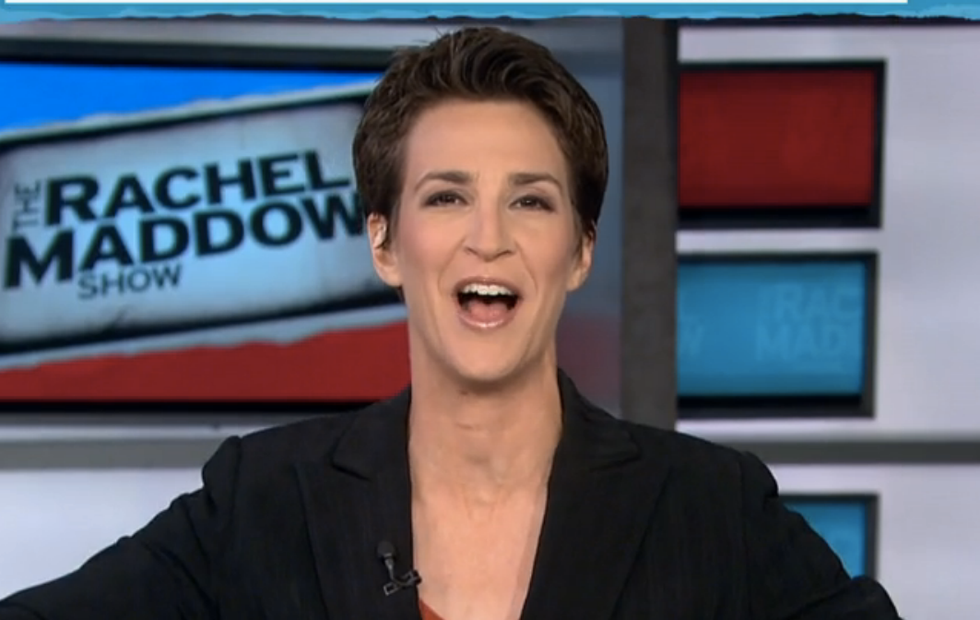 On Thursday night's edition of "The Rachel Maddow Show," host Rachel Maddow asked whether the Republican Party can survive its current hard bend to the right, in which politicians like neo-Confederate Chris McDaniel, can snag the endorsements of powerful Washington conservative interests.

Maddow began by highlighting the current conflict between Mississippi Sen. Thad Cochran (R) and his primary challenger, tea party upstart Chris McDaniel. McDaniel is running against Cochran and riding a wave of anger from the far right at establishment Republicans for their role in ending the government shutdown.

Earlier this year, a slew of conservative and tea party groups endorsed McDaniel, but then a series of revelations about his associations with neo-Confederate secessionist groups came to light. In a normal political climate, this would presumably doom his chances of winning any more endorsements or ever having a mainstream political career.

But, the tea party PAC FreedomWorks has thrown in its lot with McDaniel, even after it emerged that he has actively participated in groups that advocate the overthrow of the federal government.

"But that question," Maddow said, "that had been an open question for about a week or so, whether or not it's okay now to support Southern secession and be a neo-Confederate in today's Republican Party."

"With the FreedomWorks endorsement, it's clear that that's been answered," she continued. "The question is 'Yeah, it's okay. It's no problem.' It's no impediment whatsoever to your ascent in Republican politics, wrapping yourself in the Confederate battle flag, they're fine with it."

"If you step back from stories like this for just a minute," she said, "it's kind of an amazing phenomenon. This is not war between the parties, this is not liberals versus conservatives. This is all the power and money and energy that the right can muster being directed at incumbent Republicans."