'Man of Steel' is, hands down, the greatest movie I have ever seen 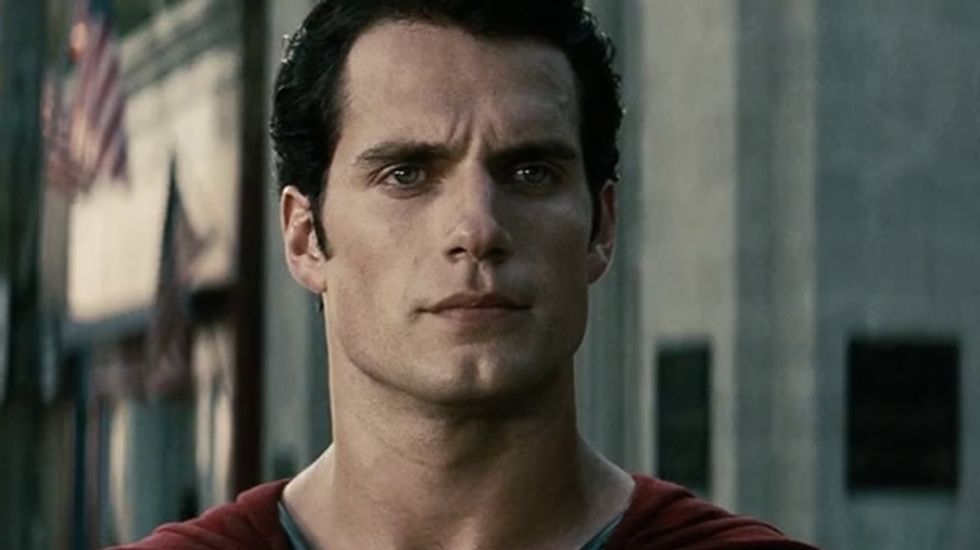 I watched Man of Steel again yesterday, and all I can say is that on second-viewing, I’m impressed by Zak Synder’s subtlety. He captured Superman’s insectile origins quite superbly — native Kryptonians fly aback demon dragonflies and travel the stars in space-beetles! — and never once tried to compare this creation of two Jews writing at the advent of the Second World War to anything inappropriate:

I was also impressed by his integrity. During the hour-and-a-half-long climactic fight scene, Snyder could have gone for gore and showed the human toll of Superman’s decision to move the fight from one heavily populated area to the next, but he never let you forget that the Real Victims™ are people too, my friends:

I mean, Zod was blinded by our Terran sun when he threw Superman into that 7-11′s gas pumps. It was just an innocent bystander! Fortunately, Superman’s here to avenge those pumps’ deaths:

Zod will have none of it. “I’m stronger than you, a warrior bred,” he tells the symbol of Truth, Justice and the Americans Who Matter, right before tossing him into one of our most sacred temples:

Now Superman’s the one having none of it. “YOU CAN BREAK MY PANCAKES, BUT YOU CAN NEVER TAKE MY –

But before Superman can stop Zod from trolling the planet, a minion throws a U-Haul van that you can rent for $19.95 a day by calling 1-800-GO-U_HAUL at an army helicopter, so he can’t worry about the broken pancakes, because he has a more important person to save:

JESUS CHRIST — no pun intended — are you an idiot? You already saved him. 7-11 is fine. What do you mean he’s still in danger?

I don’t care how that shot’s framed, Kal-El. She’s about to literally shoot that man with eye-lasers. Where are your priorities?

"Son, I need you to punch her face for America."[/caption]

THANK YOU DETECTIVE STABLER. Maybe we can grossly manipulate him into –

Did you just 9/11 Metropolis? WHAT THE FUCK IS WRONG WITH YOU? Can’t you save anything?

You’ve got to be fucking kidding me.