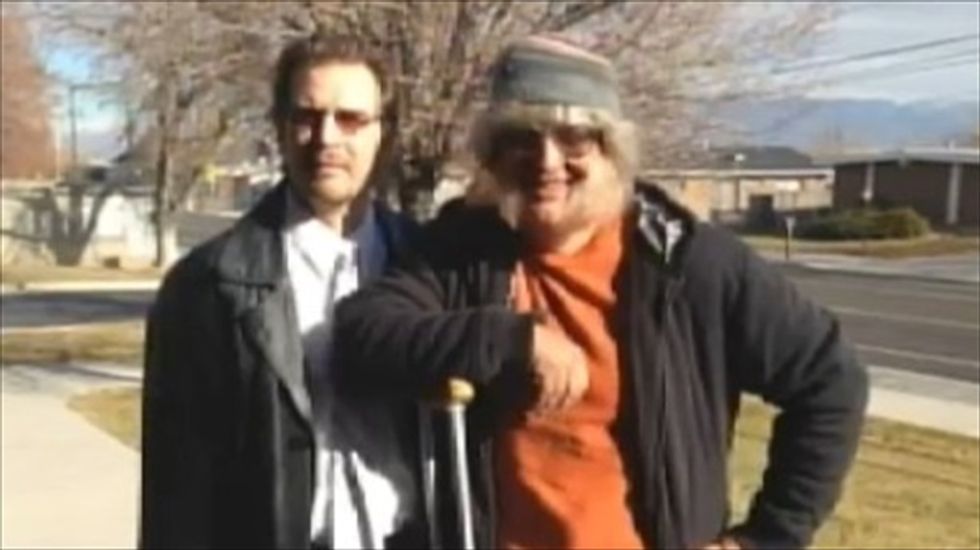 A bishop in the Church of Jesus Christ of Latter-day Saints disguised himself as a homeless man to gauge his church's compassion, so convincingly that some church members asked him to leave before he revealed himself.

"The main thing I was trying to get across was we don't need to be so quick to judge," Bishop David Musselman told KUTV-TV regarding his lesson preceding his Nov. 24 sermon at the Taylorsville Fourth Ward church in Salt Lake City.

Musselman enlisted the aid of a friend and professional makeup artist, Tara Starling, to help with the ruse, applying makeup and fake facial hair, to go along with the wig and fake glasses he used for the disguise. Only his second counselor knew about the plan. The disguise was effective enough, the Associated Press reported, that at least five people asked him to leave.

"Many actually went out of their way to purposefully ignore me, and they wouldn’t even make eye contact," Musselman told the Deseret News. "I'd approach them and say, 'Happy Thanksgiving,' [to] many of them. I wouldn't ask for any food or any kind of money, and their inability to even acknowledge me being there was very surprising."

But while many adults recoiled from the "homeless man's" presence, Musselman explained to KUTV, younger church members did not.

"I was impressed by the children," he said. "I could see in their eyes, they wanted to do more."

Eventually, Musselman made his way to the pulpit and, after quoting from the song, "Have I Done Any Good in the World Today?," revealed himself.

While admitting he was surprised at the level of surprise among his ward members, Musselman told the News he did not intend to use the lesson in a judgemental fashion.

"I learned that more people want to be better than I had originally thought," Musselman explained to the News. "I learned that we don’t know what happened to an individual, and so we can’t and never should try to judge."

Watch KUTV's report on Musselman's transformation, aired on Wednesday, below.