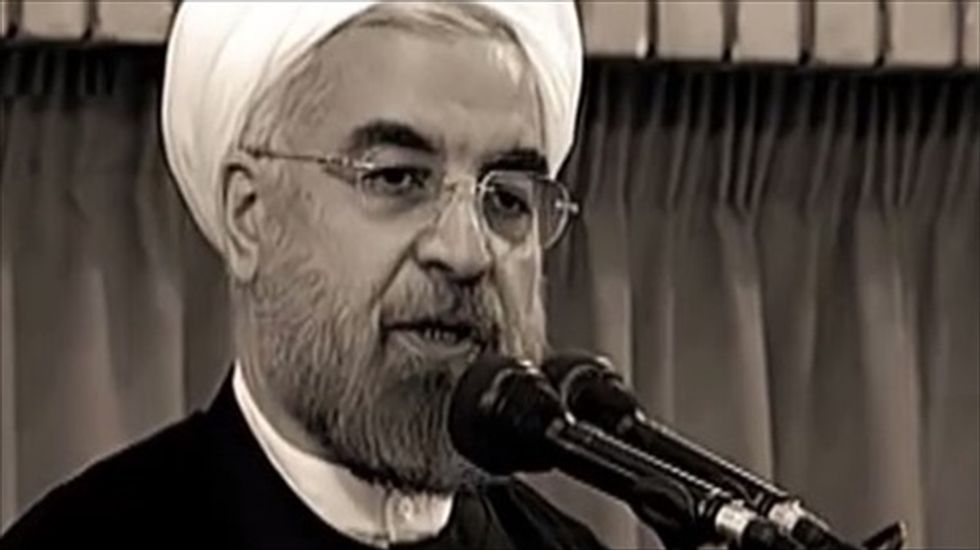 A music video has surfaced on YouTube hailing Iranian President Hassan Rouhani in a similar way to a famed 2008 paean to his US counterpart Barack Obama.

In the video, which has been retweeted on the Iranian president's unofficial Twitter account, Rouhani is shown along with traditional musical instruments, banned on state media since the Islamic revolution of 1979.

A voice-over commentary attached to the video highlighted the significance of the retweet.

"The fact that the president's personal Internet site decided to pick up this video shows that it is a major step forward in breaking taboos and supporting artists," the commentary said.

The video features excerpts of a speech Rouhani delivered on taking office in August, 100 days ago on Wednesday.

It surfaced amid jubilation among his moderate and reformist supporters at the hopes of rapprochement with the West raised by a nuclear deal struck with major powers on Sunday.

The video, which takes its title of "New Voyager" from a renowned Persian poem, includes verses from the Koran but also plenty of female contributors, all wearing the Islamic headscarf required by the regime.

It shows Iran's supreme leader and bastion of political orthodoxy Ayatollah Ali Khamenei, to whom Rouhani addressed the August speech.

But it has segments in all of Iran's main minority languages -- Arabic, Azeri, Baluchi and Kurdish -- as well sign language, in a clear bid to rally the entire country behind the Rouhani government's drive to mend fences with the outside world.

It also includes a clip of nationalist icon prime minister Mohammad Mossadeq -- overthrown in a British- and US-backed coup in 1953.

The four-and-a-half minute music video mirrors the famed "Yes We Can" video produced by the Black Eyed Peas' will.i.am in support of Obama during his triumphant 2008 election campaign.

Firewalls block access to Western social networking sites in Iran, so the video, first posted Wednesday, was only accessible to those inside the country with the Internet savvy to get round them.

Rouhani and his key ministers have shown themselves adept in using YouTube, Facebook and Twitter to get across their message to the West, in a sharp break with years of shunning them by previous leaders.

Watch the video for "New Voyager," as posted on Rouhani's official YouTube page, below