Obama apologizes to people who lost health insurance over Obamacare 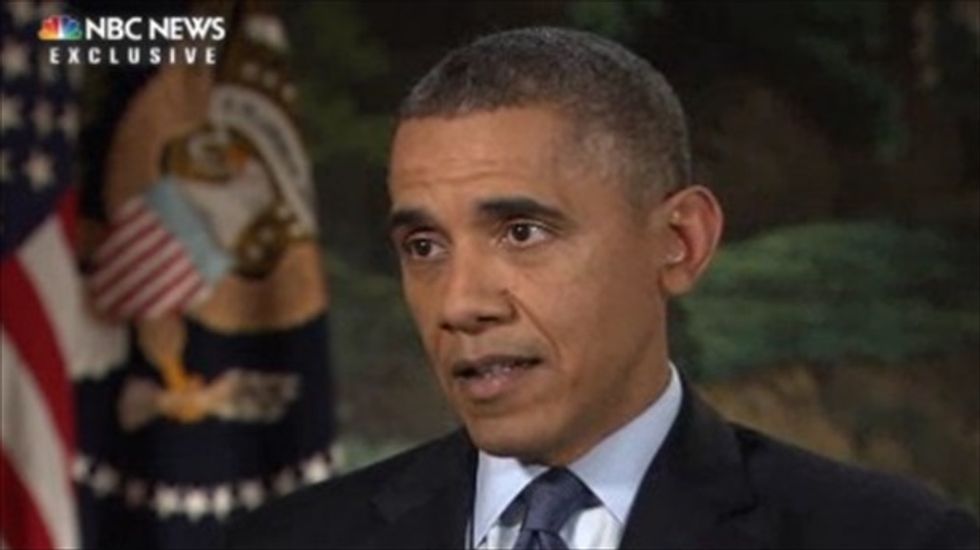 President Barack Obama will apologize to individual health care buyers who have lost their insurance care policies after the implementation of the Affordable Care Act in footage released by NBC News on Thursday night.

"I am sorry that they are finding themselves in this situation based on assurances they got from me," Obama told NBC correspondent Chuck Todd. "We've got to work hard to make sure that they know we hear them and we are going to do everything we can to deal with folks who find themselves in a tough position as a consequence of this."

About five percent of Americans are expected to be affected by the disparity, with several reports suggesting that individual buyers may qualify for discounts under the government exchanges enabled by the ACA, commonly known as "Obamacare."

Watch a short excerpt from the interview, which will be aired on NBC Nightly News, below.