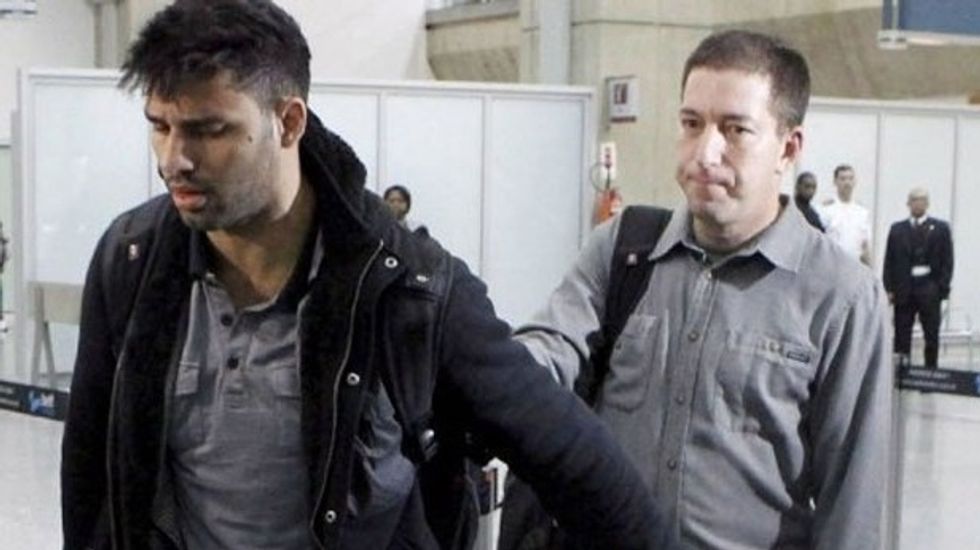 The partner of Glenn Greenwald, the US journalist behind the Edward Snowden intelligence leaks, launched a legal challenge in Britain on Wednesday over his detention under anti-terror laws.

David Miranda, a Brazilian citizen, was held for nine hours at London's Heathrow Airport on August 18 while police questioned him about the material leaked by former US National Security Agency (NSA) contractor Snowden.

Miranda, 28, was stopped while in transit from Germany to Brazil, where he lives with former Guardian journalist Greenwald, and had items including his laptop computer and mobile phone taken from him.

Lawyers for Miranda attended the High Court in London to challenge the use of Schedule 7 of the Terrorism Act 2000, which grants police special powers at British ports and airports to detain suspects without probable cause.

Matthew Ryder, the lawyer for Miranda, who was not in court, told judges that the use of the power to take journalistic material in this way "appears to be unprecedented".

"This claim is about the use of counter-terrorism powers, that can only be used at ports and airports, to seize journalistic material," Ryder told the High Court judges.

He said the police powers were used for "an improper purpose", which was not to determine whether Miranda was involved in terrorism but in fact to help Britain's intelligence services access material that he was carrying.

The use of those powers was "disproportionate interference with his right to freedom of expression", Ryder said.

Miranda is applying for a judicial review of the detention.

But the lawyer for Britain's Home Office, or interior ministry, Steven Kovats, said the detention was justified because publication of the Snowden files could be considered as terrorism and put lives at risk.

"Disclosure of all the material stolen by Mr Snowden would be gravely damaging to the national security of the United Kingdom," Kovats said, adding that "such disclosure would endanger lives."

Snowden faces criminal charges in the United States for leaking top-secret documents about the NSA, which were originally published in Britain's Guardian newspaper.

Investigative reporter Greenwald resigned last month from The Guardian to join a journalistic project with the founder of eBay, Pierre Omidyar.

Greenwald has previously spoken out angrily about Miranda's detention.