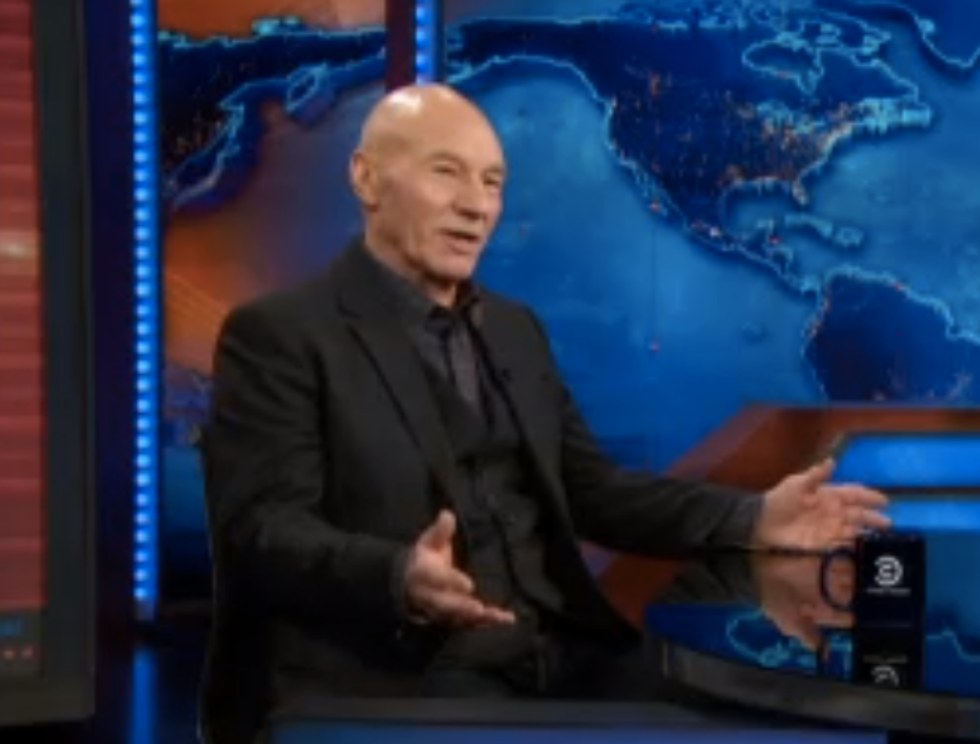 "An idea has occurred to me," said the actor -- who is beloved to many "Star Trek: The Next Generation" fans as Capt. Jean-Luc Picard -- to host Jon Stewart.

"You used the word 'funny' about some of these politicians we've been looking at," he continued, "like Rand Paul and the guy in Toronto. Maybe they are not politicians, maybe they are actually comedians but they have bad script writers. Think about it.”

Jon Stewart responded, "Can I tell you what you just did there, Professor X? You just blew my fucking mind."