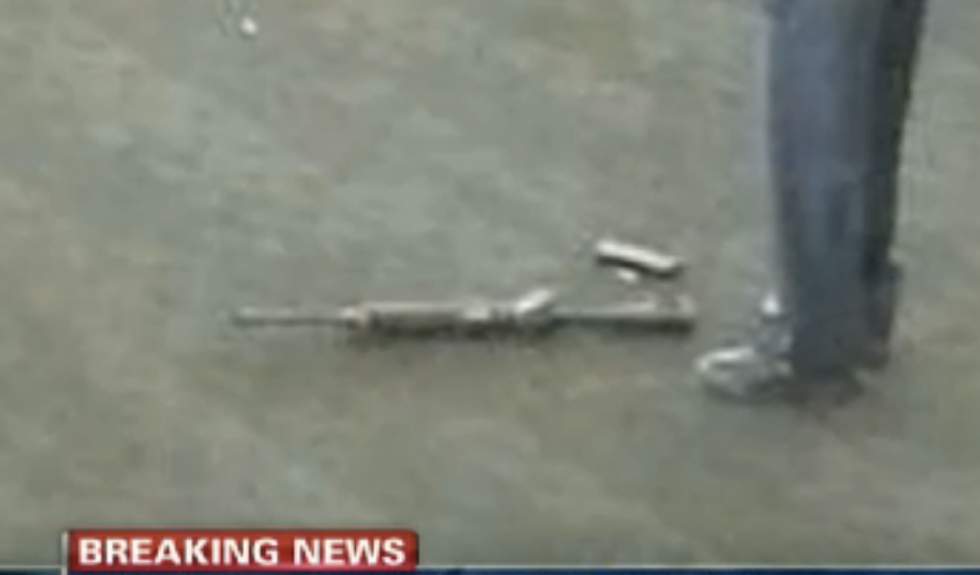 The term is not associated with any known political groups, but has been a staple in anti-government conspiracy theories warning against the coming of a unified world regime. Both NBC and KABC-TV reported that authorities found a note at the scene of the shooting in which the suspect, Paul Anthony Ciancia, suggested he expected to die, ending with the letters "NWO."

CNN reported that witnesses said the suspect approached them asking, "TSA?" and would not fire on them if they said no.

"I just shook my head," one witness, Leon Saryan, told CNN. "And he kept going."

Ciancia, who was captured after being shot by officers multiple times in the chest, remains hospitalized in critical condition. One person, an unidentified TSA agent, was killed and six others wounded in the attack.

According to KNBC-TV, authorities said at a press conference that Ciancia allegedly carried hundreds of rounds during the attack, which he reportedly carried out with an assault rifle.

"There were more than 100 more rounds that could've literally killed everybody in that terminal today," Mayor Eric Garcetti was quoted as saying.

UPDATE, 10:34 p.m. EST: The Associated Press reported that the TSA identified the man killed during the attack as 39-year-old Gerardo I. Hernandez.