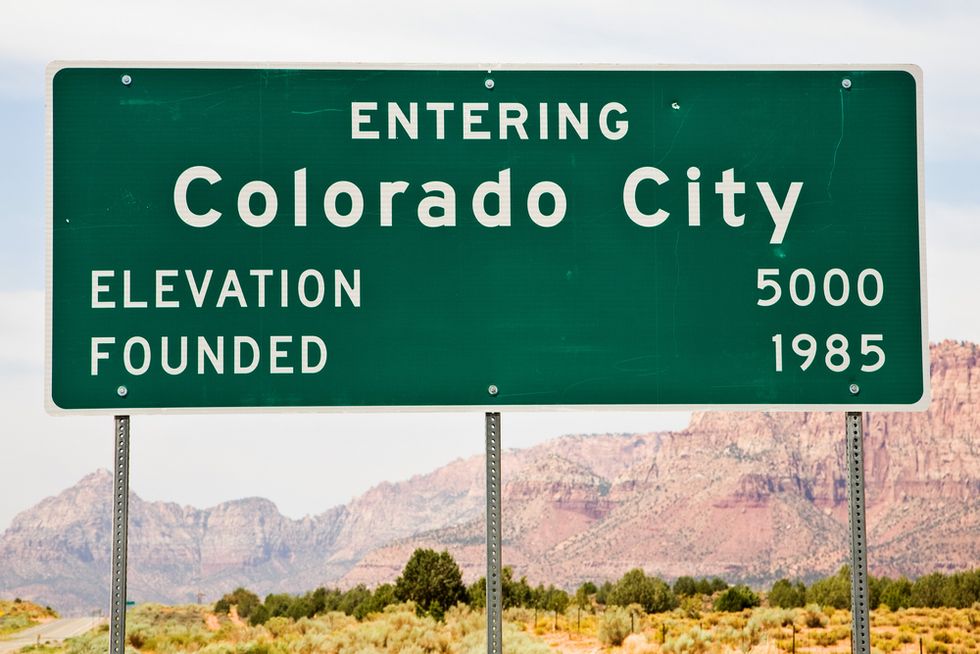 New evidence has emerged that gives credence to a civil suit alleging that the Fundamentalist Church of Latter Day Saints -- a sect of polygamous Mormons -- has established theocratic rule in two towns in the Short Creek area on the border between Arizona and Utah. According to the Salt Lake Tribune, jailed sect leader Warren Jeffs is still leading the isolated, highly secretive communities from behind bars.

Jeffs is currently serving a life sentence in prison for his church-mandated "marriages" to two underage girls, ages 12 and 15. It is a tenet of the FLDS church's faith that men of the church may take as many young girls as wives as they like. Now, according to letters published by the Tribune's Jim Dalyrmple, it appears that officials in the towns of Colorado City, AZ and Hildale, UT are being ruled from prison by the incarcerated leader.

The U.S. Department of Justice filed suit against the Short Creek Community alleging that the twin towns are still being ruled under Jeffs' religious strictures. Town leaders vehemently deny that Jeffs has any say in their daily lives and that the same religious practices are taking place in the community.

The two letters are from Mayor George Allred of Short Creek to Jeffs in prison and were released to Dalrymple by attorneys for the Justice Department.

“As my spiritual leader I write to you today with joy and rejoicing in the Lord our God, even Jesus Christ,” wrote Allred in one letter. “It is my firm belief that you have all rights, power and ability to get the very word of God for all who desire it.”

Jeffs' followers believe that he is a prophet and that he speaks for God. In his letters, Allred asked Jeffs who should be the police chief in the towns and what residents should attend the police academy.

“If the Lord had someone he would like to have in that position,” Allred wrote Jeffs about the police chief job, “it would be very helpful to get his sure word on who he desires to occupy that position.”

In addition to being the mayor's source of guidance on police matters, Jeffs has issued edicts to the people of Short Creek from prison, including a prohibition against toys for FLDS children and another against non-FLDS members owning land within the communities.

The Justice Department is enlisting the aid of former FLDS members who have been exiled from the community or who have left of their own accord. Their testimony will strengthen the Department's case that Jeffs is running a theocracy outside the rules and laws of the United States, one where women and girls are chattel to the men of the church and have no say to whom and at what age they are married and are forced to engage in sex.