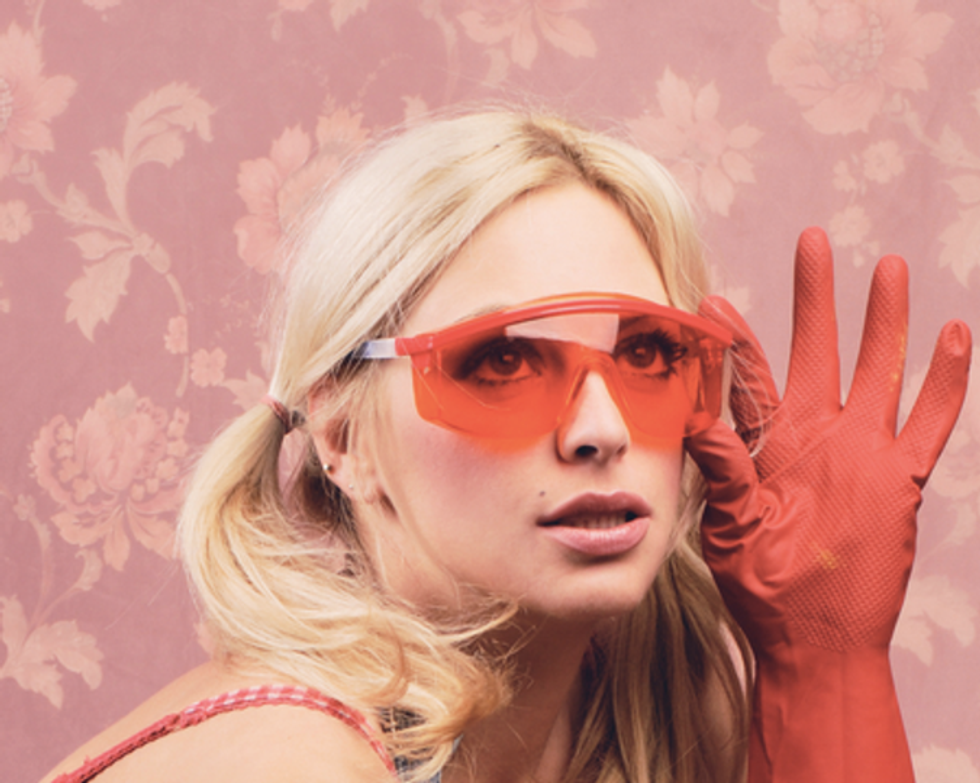 Lawmakers in California have drafted new legislation that would not only require condoms on set for adult film shoots, but which would also mandate that performers wear eye protection for certain types of scenes. According to Salon's Tracy Clark-Flory, under existing laws, goggles or protective eyewear are actually already required for any scene that might put performers' eyes at risk of contact with semen, but those regulations are currently not enforced.

Earlier this year, the California State Assembly passed AB-640, a bill that echoed a 2012 Los Angeles city ordinance requiring the use of condoms, dental dams and other protective barriers during penetrative and oral sex.

Deborah Gold of the California Division of Occupational Safety and Health (Cal/OSHA) told Salon, "The fact is there is a rule right now that they’re supposed to be complying with" about protection of the eyes and other possible routes of infection by HIV or other STDs during filming.

The draft rules would reinforce that mandate and prohibit ejaculation into or on the genitals, mouth or eyes of performers.

Kink.com, Acworth said, would “have to invest in a warehouse in Nevada or Europe” to produce content at all.

The guidelines also mandate that production companies immunize all performers against hepatitis A, hepatitis B and human papilloma virus (HPV), the virus associated with genital warts and the eventual onset of certain cancers. If exposed to any STDs during production, the 21-page list of rules also makes employers liable for performers' medical treatment, including "post-exposure prophylaxis...when medically indicated."

A rash of HIV infections in the adult film industry have pushed these issues to the fore. Since the summer two female performers and one male came forward announcing that they were exposed to and infected with HIV.

Some female actors say that the lengthy bouts of intercourse required for filming are more difficult with latex condoms. The material dries out, they say, and causes chafing that can lead to tears in the skin and increased risk of infection.

“It’s a disaster for health and safety. I know it looks different from the outside, but it will not work to protect anybody,” said retired performer and registered nurse Nina Hartley.

Nonetheless, Cal/OSHA and other safety advocates are firm in their insistence that routine unprotected sex on adult film sets is unacceptable. The current industry standard of relying on regular testing of performers, they argue, only catches the infections after they occur.

AIDS Healthcare Foundation (AHF) President Michael Weinstein said in 2012, "After you take all the shouting and the drama out of it, it’s an issue of public health."

[Ed. note: An earlier draft of this story said that the three adult performers who tested positive for HIV were exposed and infected during filming, although there is currently no evidence to suggest that this was in fact the case. Raw Story regrets the error.]

[image of model in safety goggles and gloves via Shutterstock]