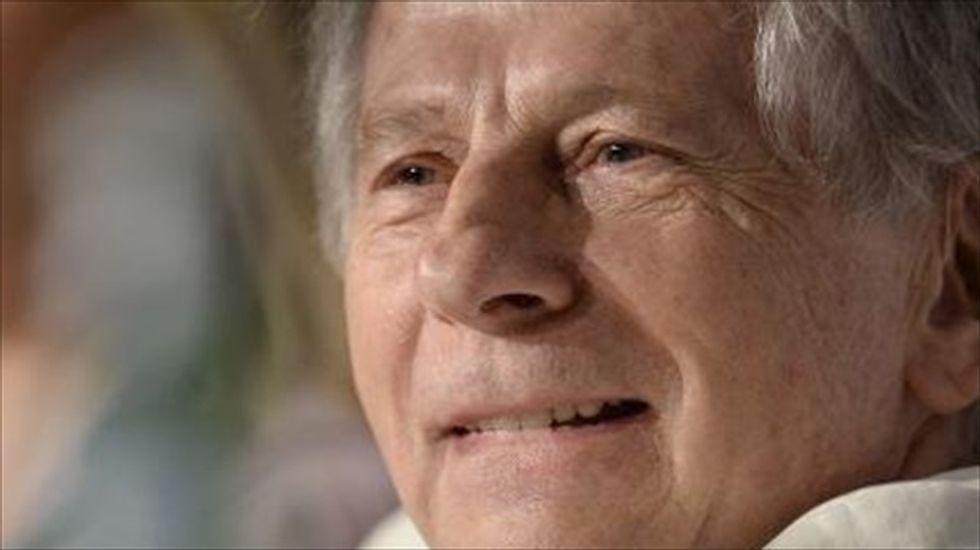 Oscar-winning film director Roman Polanski, a fugitive in the United States for having sex with a 13-year-old girl, unveiled a new documentary in New York on Thursday... by Skype.

The French-Polish director has never set foot in the United States since fleeing on the eve of his sentencing in 1978 but remains an icon for making some of the world's most daring films.

Thursday's event was to unveil an updated and re-released version of the documentary "Weekend of a Champion" -- a profile of Polanski's friend British racing great Jackie Stewart.

Filmed in 1972 at the peak of Stewart's career, it has been updated with a new epilogue that reunites the filmmaker and subject to reflect upon their pasts.

Stewart attended the press event in person at a hotel in Manhattan's ultra-expensive Soho district but the 80-year-old Polanski appeared only on screen, through a Skype connection.

"One of my three wishes is Roman could be here today," Stewart told reporters. Polanski took several questions from journalists, none of whom asked about his legal difficulties.

Polanski, 80, spoke of his friendship of Stewart and said updating the documentary had been more work than he expected.

Asked for his own three wishes, Polanski replied: "Jackie winning another race, myself to do a good film and my son get out of the stupid teenager period."

When he was 43 years old, Polanski pleaded guilty to having unlawful sex with a 13-year-old girl after plying her with drugs and champagne in Hollywood in 1977.

He was initially charged with six felony counts, including rape and sodomy, but the charges were later reduced under a plea deal made in part to spare the teen the ordeal of a trial.

Polanski served 42 days at a secure unit undergoing psychiatric evaluation but fled the United States on the eve of his sentencing in 1978 amid fears the trial judge planned to go back on a previously agreed plea deal.

In 2009, he was arrested again in Switzerland as the US sought extradition. He was freed by the Swiss who said the US justice department failed to provide records of a hearing in which Polanski claimed his case had been settled and sentence agreed.

His victim, Samantha Geimer, now a mother of three published her memoirs this summer and says she harbors no hate for her attacker.

Polanski has made some of the most acclaimed films of the late 20th century including "Rosemary's Baby" and "Chinatown."

He won an Oscar in 2003 for his Holocaust film "The Pianist" but was unable to collect the award because of his fugitive status.