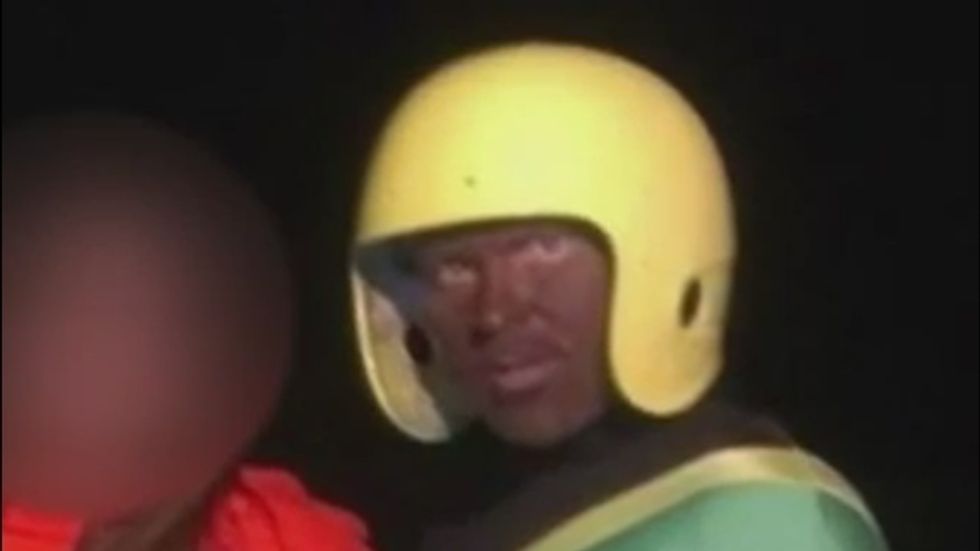 Two football coaches showed up to work up the Serra High School football game over the weekend just hours after they were suspended for wearing blackface to a Halloween costume party.

KGTV reported that head varsity football coach Brian Basteyns, assistant football coach Howard Seeley and an unidentified teacher had been seen with their faces painted black and dressed as members of the "Cool Runnings" Jamaican bobsled team. After a photo began to circulate on Facebook, all three were suspended.

"They are very regretful for the incident and express they never meant any malicious intent to any person or group of persons," Superintendent Cindy Marten told KGTV. "They have expressed a deep sense of remorse for the impact of their actions. They send their apologies to any person or group of people they have offended, and want to make it clear it was not their intention to offend anyone."

But some parents were shocked to see both Basteyns and Seeley coaching Friday night's game.

"If they're going to be suspended it should be consecutive days back to back," parent Marco Franco insisted to KNSD. “Why are we letting the coaches pick which days they are suspended?”

"Was it done maliciously? I believe it was not; however bad judgment, yes," he added.