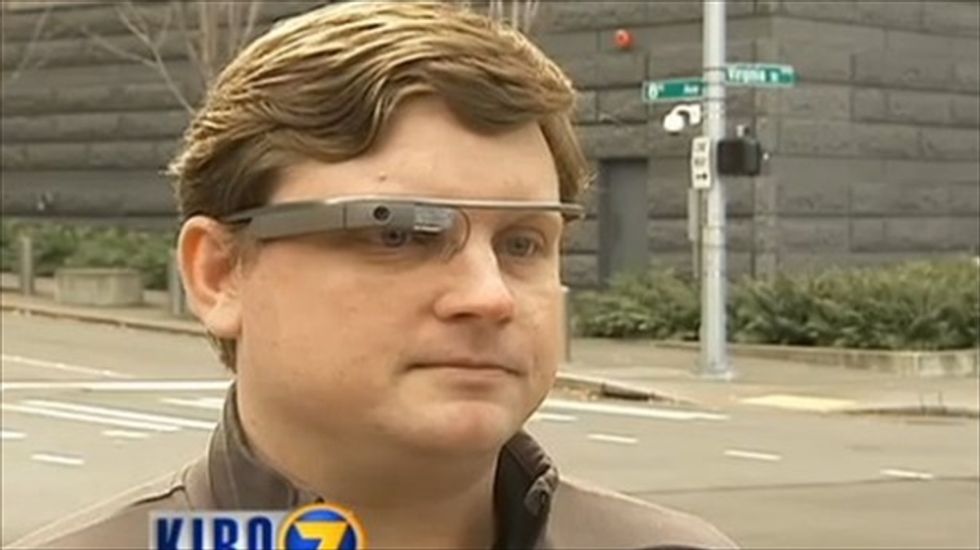 The owner of two Seattle restaurants has engaged in a public dispute online with a local man over the customer's use of the Google Glass eyeglasses.

GeekWire reported on Wednesday that Nick Starr had the enhanced eyewear on during a Nov. 21 visit to the Lost Lake Cafe & Lounge when the manager on duty asked him to put it away or leave the establishment, citing owner Dave Meinert's policy at his other restaurant, the 5 Point Cafe. Starr chose to leave.

Later, Starr wrote on Facebook that he had worn the glasses on seven different occasions at the Lost Lake without incident, and asked the manager for proof the restaurants had the same policy, which she did not produce.

"I would love an explanation, apology, clarification, and if the staff member was in the wrong and lost the owner money last night and also future income as well, that this income be deducted from her pay or her termination," Starr wrote.

Meinert rejected Starr's demand in an interview with KIRO-TV.

"I'd soon rather have no self-entitled tech nerds coming to my business than fire one of my employees over something like that," Meinert told KIRO.

The two men have also discussed the issue on Facebook, with Meinert writing, "We're not anti-Glass, they are useful in all sorts of ways. We just think there should be some rules around them. Sorry for the hassle. Please respect others."

While expressing regret over calling for the manager to be fired, Starr countered that Glass requires a verbal command to begin recording and also shows a display, making it hard for him to film anyone nearby without their knowledge.

"I don't like my photo being taken," Starr told KIRO. "I don't like being on camera. So, I understand that aspect of it, but I know that everywhere I look, there's a camera, there's a photo, there's someone taking a 'selfie' that I might have been in the background of."

The two men took the discussion to Twitter on Wednesday, with Meinert thanking Starr for the publicity and offering to buy him a beer -- "Just, you know, no Glasses."

"Rx glasses allowed," Meinert clarified. "Just try to make them not as douchey looking as Google made theirs."

Watch KIRO's report on the debate over "Google Glass," aired Wednesday, below.