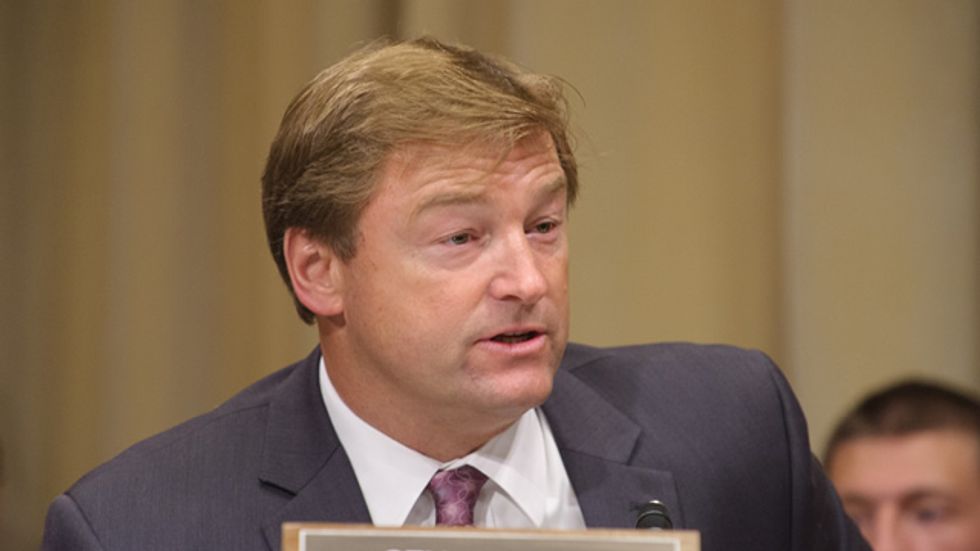 Sen. Dean Heller (R-NV) on Monday almost certainly put an end to his party's plans to filibuster a bill to prevent discrimination against LGBT people.

Democratic leaders in the Senate confirmed last week that the Employment Non-Discrimination Act (ENDA) was expected to come up for a vote on Monday. It had failed to pass by a single vote (49-50) when it last came up for a vote in 1996.

Although all 55 Democrats are on board, the bill was expected to need 60 votes to overcome an almost certain Republican filibuster this time. Republican Sens. Susan Collins (MN) and Mark Kirk (IL) co-sponsored the measure. And Sens. Lisa Murkowski (AK) and Orrin Hatch (UT) voted for it in committee.

On Monday, Democrats found their 60th vote when Heller announced that he would also be backing the bill.

"After listening to Nevadans’ concerns about this issue from a variety of viewpoints and after numerous conversations with my colleagues, I feel that supporting this legislation is the right thing to do," Heller said in a statement. "Under the leadership of this Governor, as well as the legislature over the past several years, Nevada has established a solid foundation of anti-discrimination laws."

"This legislation raises the federal standards to match what we have come to expect in Nevada, which is that discrimination must not be tolerated under any circumstance," he added.

Sen. Rob Portman (R-OH) has also suggested that he may back ENDA so there could be a few Republicans joining the Democrats by the time the vote is taken on Monday.